Robert McKee, the Hollywood story guru who’s trained many of the great filmmakers and screenwriters of our generation, made that statement within the first hour of his Story Seminar, which I attended last March.

McKee defined the differences between literary and storytelling talent:

He said these two talents were distinct and unrelated, which I’d never heard or considered before. Literature is vivid portrayal with words. Story is metaphor for life itself. And stories don’t need to be written to be told.

As the seminar progressed over three days, the implication for my work became clear—story first, novel second.

McKee made me think long and hard about my approach to craft. That what I’d learned about the elements of fiction—plot and structure, characters and viewpoint, conflict and suspense, description, dialogue—had been deemed subordinate to a higher concept that I had somehow missed. 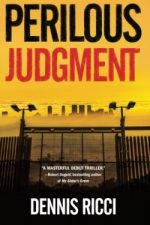 After the seminar, I reflected on my experience writing my debut novel, Perilous Judgment. One of the most important critiques I received in developing that story came from Steven James during his Novel Writing Intensive:

“Clearly, you have no trouble with the line editing, but you can grow on the macro level of understanding the essence of story, flow, and escalation.”

My copy was clean, but my storytelling needed work. Lots of work. Revisiting Mr. James’ critique through the filter of McKee’s distinction of talents, I now see James had pushed me in the same direction. But until I heard McKee, I still considered “novel” and “story” as simultaneous development.

The more I meditate on this, the more I see, for me, the need to discover the story before telling it. More than just outlining, I’m seeing an iterative process using the first two steps in McKee’s development model (which I described in my May 18 ACFW blog post):

As I apply “story first, novel second” to developing my work in progress, the process is leading me to a deeper understanding of how God wants me to co-create with Him. I see that working with Him to discover the story before crafting the novel that portrays it unearths richer ore of setting, character, events, action, and subtext, which He will work with me to refine into a profound story beautifully told.

He assures me that doing it this way will take longer and produce a better result. I need to trust Him and follow Him on the narrow, patient way that produces eternal value.

Every storyteller embarks on this journey. I’d love to hear how you’ve navigated yours. 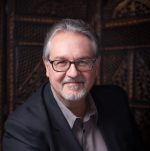