MEMBERSHIP
CONFERENCE
CONTESTS
CHAPTERS
STORYFEST
Home Blog Real Places: Do Them Right or Don’t Do Them

I got kicked out of a novel the other day.

Here’s how it happened. I was reading along okay, suspending disbelief and all, sort of getting into the head of the protagonist. She and her friends were ‘vansters,’ that is, they lived in vans and traveled all over the place, the place mostly being southeast England as best I could tell.

Well, they decided to go to France to do some traveling and were going to go via Calais. All well and good. They finally managed to leave Londontown, as she called it, moving toward their Frankish goal. And then up came this:

“After a long drive we arrive in Calais…”

Boom. I pick myself up off the floor. No. From Londontown you can’t arrive in Calais after a long drive. Something about that twenty-or-so miles of water between France and England makes it too difficult for a Volkswagen van even if it will float for a little while. You have to go to Dover or Ramshead or someplace like that and take the ferry or the hovercraft, or maybe go to Kings Cross and drop off your car so you can Chunnel the channel. I’m sorry. You can’t drive there.

And then there was this other novel I fell out of. It wasn’t that anything was wrong, it was just that nothing was right. Given that the novel had the word ‘Paris’ in the title, you’d have thought the author would make use of a little Parisian ambience rather than just identifying the type of place her protagonists entered (a little café) and saying what they ate (some typical French food). This could have been any little French café in Poughkeepsie. She didn’t need Paris to have this café.

But if you’ve been to Paris, you know the names of the places you love. You know how to get there and what shops you pass along the way. You know the sounds and smells and you know that you enter and leave the Ritz from the front door into the Place Vendome which is relatively quiet compared to Rue Rivoli and Place de la Concorde, for example; not a place filled with street noise.

So, in both cases, disbelief crept upon me and overpowered me. I finished the second novel, though not without disappointment. But I put the first one down and didn’t pick it up again. And I haven’t read that second author since.

So here’s my advice, folks: get it right!

If you’re going to say you’re in a particular place in your novel, a place to which your readers may have been, go there first. Take pictures. Take GPS readings so you can find it on a map. Learn the history of that place. Sit there awhile. Hear the noises. Sniff the scents. Feel the weather. Watch the people. If you’re going to drive in France for the first time as an American, note the placement of the signage that makes it impossible, at first, to know which way to go. Notice the motorcycles barreling along on the white dotted-lines between you and your neighboring cars as you sit on the tarmac trying to get out of the city. Don’t make a big deal of them, but mention them. That makes it real.

Okay. That’s off my chest. And here’s the summary: if you give the promise of a place, get it right. Leave your readers saying, “Yeah! It was just like that!” Or forget the specific place. Do a generic. Do real places right or don’t do them at all. 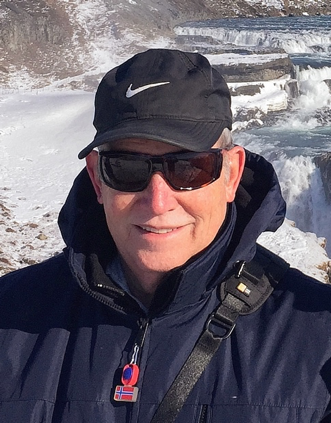 Dr. Gordon Saunders writes history and fantasy for Young Adults. Growing up in Boston, and living in four countries in Europe for over 25 years, gave him an eagerness to share in a concrete way principles we need for living today despite our context and conditions.