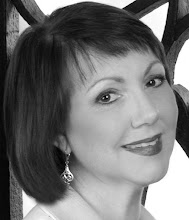 Several years ago, after the success of the Potluck books, set in imaginary Summit View, Colorado, my editor and I decided to focus on Southern fiction because y’all, I know the South.

My first Southern novels for Revell were set in the “unreal” towns of Cottonwood, Georgia (Things Left Unspoken) and Logan’s Creek, Georgia (This Fine Life). Unreal, but I believe using what readers may be familiar with alongside what my imagination conjures up gives readers a sense of knowing. So, within those places born out of my imagination, were real settings, such as Savannah and Atlanta.

For the Cedar Key trilogy, I chose to keep the locations–Orlando’s suburb of Windemere, Otter Creek, Rosewood, Cedar Key–true to life. Ah, the fear and trepidation. I had to get the details right. My protag’s home had to architecturally be in line with what one would find in Windemere’s country club community. Her family’s beach house in “CK” had to be just as true-to-life. A restaurant I wrote as serving a particular seafood has to really have it on the menu.

For CK, I had to consider the layout of streets, shape of buildings, and cracks in the sidewalk. There’s the jasmine hanging sweet on the vine in the spring and summer, the gray clouds of a harbor town in winter, the tropical indifference of autumn. I had to consider the way the island looks and feels as the sun rises along its eastern horizon and the difference when it dips and drops toward the west, just a mile away.

I considered the uniqueness of the people, the music playing on Dock Street–different during the day than at night–the wildlife…all leading to the overall atmosphere.

As with any community, there’s the history. To write honestly about CK, I had to understand what drives her people to survive as they have. This, in turn, became a clear directive in the characters I created. One easily gave way to the other.

Deciding to use Real People/Real Businesses

On my first trip to CK, I took a 3-hour boat tour. While the theme song from Gilligan’s Island played over and over in my mind, I found myself moved by Captain Doug, the owner of Tidewater Tours, so much so that a character and his occupation were inspired.

There were other characters and businesses that I wanted to be a part of the book. Folks who live or vacation regularly in CK will recognize them as a part of the landscape. To do this, I first wanted to make certain I was shedding positive light on their businesses and them. There was never any intent to cause harm, nor did I, in my humble opinion, do so. Still, my publishing house had the real people sign a release. And they were happy to do so. Had they not been, rewrites would have occurred.

Getting the Details Right

Just because I grew up in the South, doesn’t mean I can recall every magnolia leaf. To write authentically about a real location, I have gone there, taken photographs, video, and later relied heavily on Google. Towns I’ve used to base fictitious locations from, I’ve driven to, photographed, videotaped, and spent time in their libraries, researching history. I’ve sat in coffee shops and stood on sidewalks talking to the townspeople.

This allows my readers to trust my work and, in turn, to believe in me as a writer. This is the job for any novelist writing out of location, whether real or imagined.

But especially when it’s real.

Award-winning author, Eva Marie Everson’s latest work for Baker/Revell is Chasing Sunsets. In June, she turned in her 26th manuscript for publication.