I have heard some writers say that they were never particularly great readers and that they never thought of becoming writers until it just…happened. I have to confess that on such occasions, and admittedly they have been rare, I regard the accidental writer with awe. How do you do that? How did you get up the nerve to sit down and write, “Once upon a time….” without a host of friends from books cheering you on?

My longing to write came directly from characters in all the books I began to read as soon as I learned how. Some were writers themselves, some just loved books, but they were the ones who said, “Why don’t you?” when I said, “I want to do this. I want to write books.”

Jo March, from Little Women, was my first inspiration, as she was for many. Just reading about her determination to write, no matter what, made my fingers itch for a pencil and sent me off to try to be just like her. Alas, I found that attics were insufferably hot and dusty and airless. No muse would spend ten minutes up there. I also had to conclude that her apple tree had to have been a lot sturdier and more comfortable than the willow tree outside my bedroom or she would never have been able to write a word. Ultimately though, the most important thing Jo taught me was just to write. Write wherever you are. Don’t try to create the perfect spot or find the perfect time. Just write.

I was about the same age as Anne Frank was when I first read her diary. Although I knew, of course, that her family was hiding and that they later perished in a prison camp, the full enormity of the Holocaust was beyond me at that age. I just felt like Anne’s friend. I loved how annoyed she became at her sister (I had two!), I fully understood the lack of understanding from her mother, the solace her father offered, and the crush she had on the only boy around. Anne sent me straight to my first journal. None of the little five-year diaries where you only had a few lines to write that your mother was impossible, or your sister was the worst. You needed pages to expand! And Anne taught me to notice everything and get it all down. Years later, when I was able to understand all she and her family had suffered, I grieved as if I had known her. I felt I had.

There are many others, of course. I think of Catherine Morland, heroine of Jane Austen’s Nothanger Abbey. Though not a writer, Catherine was an avid lover of novels, and not ashamed to say so when novel reading was considered not quite well-bred. The practice of writing about a young woman too delicate to read novels especially annoyed her. “If the heroine of one novel be not patronized by the heroine of another,” she asked, “from whom can she expect protection and regard?” From whom, indeed? And she summed up by saying, “The person, be it gentleman or lady, who has not pleasure in a good novel, must be intolerably stupid.”

I’m not sure that I’d say that, at least, not out loud. But you have to admit that she’s the reader every writer longs for! What about you? Are there characters who have spurred you on? Were they readers or writers? 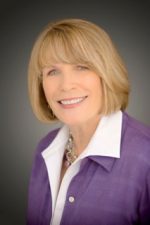 Cathleen Armstrong lives in Southern California. She is the author of the series A Place to Call Home, consisting of Welcome to Last Chance, One More Last Chance, At Home in Last Chance, and Last Chance Hero.