I just returned from a research trip in the Yorkshire Dales in northern England, the setting of my historical work-in-progress. It was my second time to stay in this small village, whose buildings date back to the 1600’s. I wrote, I visited museums, and I hiked the hills two or three times each day. I will never get tired of the beauty of this area. Both years I especially loved the sheep. Fluffy white ewes dotted the high green fells and stared at me from beyond dry stone walls. 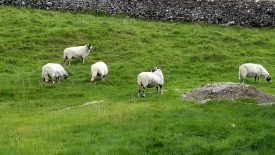 And, oddly enough, God spoke to me through those sheep. (Or maybe not so odd. The Lord spoke to Balaam through a donkey.)

A New Season of Life

Since passing 65, I’ve had several inquiries about when I might retire. I had never considered it until I dealt with a number of health issues, among them breaking my left wrist in four places and after that, my right hand. I had plenty of time to think about it while in casts, doing rehab, and learning to type again. I was afraid God might be telling me to stop pressuring myself over deadlines and retire. I hoped so much that that was not what God was trying to tell me.

If you’ve ever wondered if you’re getting too old for the writing game, I want to share a lesson I learned from a shepherd last year.

A ewe can have two lambs per year (because of five-month pregnancies). Since there are many occasions of twins, a healthy ewe may produce more than two lambs per year. After four or five years, these mama ewes are worn out. Most of the older ewes simply can’t carry a lamb full-term anymore, or their lambs are no longer born healthy. So what happens to a ewe when she can no longer fulfill her purpose?

It all depends on the quality of what she’s produced up to that time. If this ewe has produced many lambs that are very healthy and strong, it means she has good genes. She is singled out for special treatment. Rather than killing her for mutton and lanolin, she is given a season of extra nutritious food and extra rest. This is to restore her to vibrant health after being depleted by giving birth to all those lambs. The ewe could then live and reproduce another five years, and sometimes much more.

Do you identify with these older, tired ewes? I did. We can feel depleted after giving birth to one novel after another, year after year, and need some definite renewal. Instead of retiring, I sensed that I also needed a super healthy diet and a more restful (and less stressful) season. The Lord showed me (step by step) how to do both, which eventually restored my energy to a level that a working writer needs.

The Lord is My Shepherd

Seeing how the older ewes were restored to full function wasn’t as dramatic as Moses’ burning bush, but it spoke volumes to me. Instead of taking my health scares as signs that I should retire, I sensed strongly that I also needed to submit to two things. I must upgrade my nutritional choices and deal with my lack of sleep, if I wanted to keep writing as the years go by.

Are you a writer who secretly wonders if you can keep going, even though you are at the peak of your writing craft? If so, pray about it before you quit writing. You may well be one of the Lord’s worn-out sheep whom He wants to restore, so you can continue to do the work He created for you to do.

Instead of retirement, you may only need a season of renewal. @KristiHoll #ACFWBlogs #writingencouragement #writetip #writing 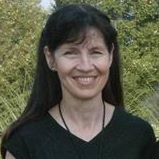 Kristi Holl had forty-eight juvenile books published with both Christian and mainstream publishers before deciding to write for adults. When writing her eight novels for adults, she re-discovered her love for historical mysteries. One of those novels features Jane Austen and is still housed today in the Jane Austen’s House Museum in Chawton, England.