Next year I will celebrate twenty years of being a published author. This year I surpassed the 90-book mark and reached more than two million copies in sales. Where have the years gone?

When I sat down at my Canon StarWriter word processor, I had no idea that someday I would be looking back with a body of work that includes more than ninety books, a few bestsellers, and some pretty cool nominations and wins like the ACFW Carol Award, the RWA Rita Award, Romantic Times Book of the Year, and a couple of Career Achievement nods.

Much as I love writing, I always wanted to be a lawyer. To be the lead character in my own true-life crime-fighting story. Every good story has unexpected plot twists that lead the characters down a new and better path. Mine came in the form of a marriage, children, and years of traveling the globe and living as an expatriate in Indonesia. 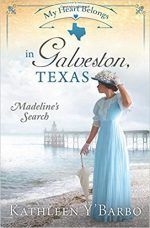 Somehow the years went by, and the dream of law school was forgotten. I wrote a bit—okay a lot—and published a whole bunch of books. Then, in what seemed like about five minutes’ time, my four children grew up, went off to college, and found careers. What was a writer-mom to do but dust off a dream and go to law school?

The idea terrified and intrigued me in equal measure. I did a little research and decided I would take a baby step toward my dream by enrolling in a paralegal certification course. For the next nine months, I was an author by night and a student by day. At the end of that time, I had a nice shiny American Bar Association certificate and a job at a law office.

A funny thing happened on the way to law school. I discovered I really liked being a paralegal. For an author by night, employment in a field where you listen to people’s stories is a dream job. In the course of over ten years as a paralegal, I have met the most interesting characters and heard the most unique tales. Unfortunately, client confidentiality won’t allow me to use any of these stories in my books, but oh, how the work does inspire me even if the lack of sleep sometimes exhausts me.

While writing My Heart Belongs in Galveston, Texas, I once again had a plot thread that kept me up to the wee hours trying to untangle. Then I remembered the time I arrived at work to find that my plot problem solution sitting in my office. What my story was missing was exactly what this client had: a personality as big as Texas and enough charm to fill the pages of that book and several more. Five minutes of conversation and the problem was solved.

And here’s the funny part: while the client happened to be a man who made his living riding bucking broncs, his journey and personality was a perfect fit for my nineteenth century Pinkerton agent hero. I know! It sounds crazy, but it worked.

No, I cannot tell you the details of this champion rodeo cowboy’s real-life story or what caused him to amble into our office on that particular day—with spurs on, no less (No really. Spurs!). I can, however, leave you with one of the many lines I gained from our conversation:

“Through the years, I have been plagued by charm.”

Now is that a character, or what? I blame that on the day job, but you can be sure I’ll be writing him tonight. After work.

Every good story has unexpected plot twists that lead the characters down a new and better path. For an author by night, employment in a field where you listen to people’s stories is a dream job. @KathleenYBarbo #ACFWBlogs #writing Click To Tweet 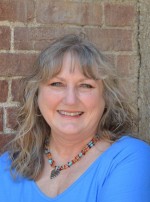 Bestselling Kathleen Y’Barbo, winner of RT’s Inspirational Romance of the Year, is a multiple Carol Award and RITA nominee with than two million copies of her over ninety books in print. A tenth generation Texan, she is a member of ACFW, NINC and Texas Bar Association Paralegal Division. Find out more at www.kathleenybarbo.com.