Writing your story is just that; your story. If you are making a point using a situation as an example or attempting to show a lesson learned; readers will decide for themselves if it could be applied to their daily lives. As a Christian fiction author, writing about a fictional family, town, or one main character should be as true to life as possible. I always pray for direction before writing. Letting the story flow, pulling readers in will happen with emotion felt by characters, body language, and action moving forward.

Perception comes into play as you scatter your story with some descriptions of what you have personally experienced. Readers won’t know it’s true, merely something the main character was involved in. This adds reality to your fictional town or character. 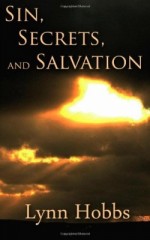 Imagine reading a book where the main character is baking cookies when someone knocks on the front door. Wiping her floured hands haphazardly on a paper towel, she hurries from the kitchen sideswiping her hip into the corner of the counter. A quick massage leaves floured prints on her pants leg. More knocks banging harder with each blow continue at the front door. She limps approaching the foyer, suddenly jerking the door wide open, and gasps at a stranger. He steps forward, entering the doorway, a sly grin appearing on his unshaven face as he looks around. Sweet aroma of baked cookies wafts through the house, and our main character can hear her heart pounding inside her head.

“Can I use your phone? My car broke down.”

“No, get out or I’ll scream for help.” She shoves him backward slamming the door in his face. Huffing, she watches him stumble on the sidewalk, and calls 911.

Sharing this example clearly shows a lesson learned about not opening your door to everyone.

What about stories where a busy main character seems to accomplish all tasks with perfection? That story needs reality for readers to relate to. Let’s go back to the kitchen and another example.

Our main character flips through a Diabetic Cookbook and decides on a sweet potato bisque recipe. She lined the newly bought ingredients upon her kitchen counter. “Hmm,” she ponders aloud, “this looks like a delicious soup. One pound cooked and mashed sweet potatoes, butter, onions, curry powder, ground coriander, apple juice, buttermilk, and chives.” Following directions carefully, she poured all of it into the blender and pureed the concoction. Indeed, it looked like a delicious soup. Warming it on the stove in a two-quart pot didn’t take long. Suddenly, a disgusting sour smell filled her nostrils and her house as she stirred the soup. Trying to remain calm, she wrinkled her nose and fought nausea. “Yuck! Maybe the buttermilk was spoiled. I don’t drink it, so I wouldn’t know; or maybe it was the curry. I’ve never used it before.” Another overwhelming stench hit her in her face, and she gagged. Pouring the soup down the kitchen drain, she heard someone knock on the door. Peeping out the window, she opened the door to a neighbor.

Frowning, her neighbor fans her hand in front of her face. “What is that horrid smell?”

“Some bad soup I won’t make again.” Our main character admits and laughs.

Another example of making it real; have your main character open her microwave to warm an afternoon meal only to find her second cup of morning coffee still waiting to be heated!

Hectic mornings most can relate to! Like other ingredients, flavor your fiction with reality and imagination. 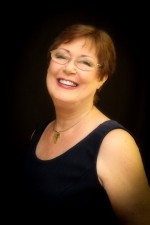 Lynn Hobbs is the author of the Running Forward Series: Sin, Secrets, and Salvation, River Town, and Hidden Creek, and won 1st place Religious Fiction in 2013, 2014 and 2015 by Texas Association of Authors. She is also the author of Lillie, A Motherless Child, which won 1st place Biography 2016, TAA, and the American Neighborhood Series: Eyes of a Neighbor. Her current work-in-progress is Mind of a Neighbor. Visit Lynn on Facebook, Twitter, and her website.