Although my first novel didn’t release until 2011, I’ve been at this business for over twenty years. Learning to write. Learning to edit. Learning to read with an eye toward technique. Always learning. Still learning, even now with several titles and awards under my belt.

But my bank account doesn’t reflect the amount of work I’ve put into this business.

A worker in any other field would throw up her hands and move on. She’d shake the dust from her feet and high-tail it to McDonald’s, where she’s bound to earn a better living. 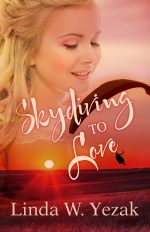 I mean, think about it: At age seventeen, Joseph was sold to Potiphar in Egypt. By age thirty, he’d already risen to power in one way or another three times. Three.  In those thirteen years, he ruled Potiphar’s affairs, ran the prison he was sentenced to, and ultimately controlled Egypt’s entire agricultural assets. The Pharaoh himself draped a gold chain around his neck.

In the same amount of time, I became a pro bono copy editor for a now defunct ezine and a volunteer content editor for a small press, and still had a year before my first release. Given that one more year, I had a novel out and another under contract.

Over the course of time, I’ve watched other writers skyrocket in their careers—some deservingly so, and others I’m still shaking my head over. But I know this is what God wants me to do. He has blessed me tremendously over the years in ways that can’t be measured in terms of money. But occasionally, I become whiney. I’m doing good, but it seems like others are doing so much better. And I get jealous. Not that I’m not happy for them. I just wouldn’t mind being in their shoes.

Then I remember—or God thumps me on the head with it—the question Jesus asked Peter: “What’s that to you?”

John records Jesus’s discussion with Peter in chapter 21. Three times Jesus tells Peter to “Feed my sheep.” Finally Peter waves a hand toward John and says, “But, Lord, what about this guy?”

So every time I wave my hand toward someone else and whine, “Why can’t I be like that,” Jesus says, “What’s that to you?” He has plans for me, and because He is good, I know His plans for me are good. I just have to be patient. And if patience is the only thing I learn out of this, then, there ya go—I’ve developed a fruit of the Spirit. I’ve even become more Christ-like, which is the ultimate goal anyway.

Are you in the same boat, wondering when your engine will finally start and you’ll be rooster-tailing across the water? Are you sure you’re doing what God has called you to do? Then, remember what James said: “Let perseverance [patience, in the New King James] finish its work that you may be mature and complete, not lacking anything” (James 1:4, NIV).

TWEETABLE: Are you wondering when you’ll be rooster-tailing across the water? @LindaYezak #ACFWBlogs #patience #amwriting Click To Tweet 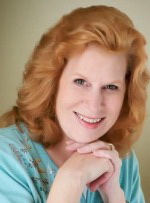 Linda W. Yezak lives with her husband and their funky feline PB in a forest in deep East Texas, where tall tales abound and exaggeration is an art form. She has a deep and abiding love for her Lord, her family, and salted caramel. And coffee. Don’t forget coffee. Author of award-winning books and short stories, she didn’t begin writing professionally until she turned fifty. Taking on a new career every half century is a good thing.