There is a plethora of reasons authors choose to write under a pen name, or non de plume, rather than the moniker given to them at birth. I am one of those authors. My reason is nostalgic, a wistful nod to beloved relatives that have passed away, and an unusual tradition I found in my family tree.

My name is Kerrie Denise Holmberg. My pen name is KD Holmberg, not K.D., with periods you often see when writers use their initials. The reason I am just KD is that my grandfather’s legal name was OB. It was not an abbreviation for anything; it was merely OB. His brothers were AG and AE. We also have more than a few ancestors named JC and several TJs and LTs. None of which stands for anything whatsoever.

My family tree also showed that most of us, for generations, given proper forenames, are called by our middle name. That’s why those of you who are acquainted with me know me as Denise instead of Kerrie.

All of this came to light during a fascinating genealogy project one of my uncles started for our family. That uncle, Ronald Love (his forenames), is the only one out of six siblings to use his first name. The other five all use or used their middle names.

While my grandfather was living, I knew of his odd given name and also of his brothers. But as my uncle, Ronald, dug deeper into centuries past of our family, he found many more with the curious habit of using initials only. Even as far back as the Middle Ages, when one might be asked, “What is your Christian name?”

That is why I use a pen name, but according to masterclass.com, there are at least four other reasons authors use pseudonyms.

Regardless of the reason, pseudonyms are common, and some of your favorite authors may not be who you think they are. For example:

Mark Twain: Samuel Clemens claimed he got the name from a riverboat captain. Others claim it came from a saloon!

Stephen King: Actually, that’s his real name, but he also writes under the pseudonym, Richard Bachman. When he first started publishing books, he was only allowed to release one a year. He was so prolific; he chose a pen name so he could release more.

JK Rowling: Her real name is Joanne, but she also writes crime novels under the pen name Robert Galbraith.

What about you? Do you use a nom de plume? And if so, why did you choose the one that you did?

Blessings to whomever you are!

There is a plethora of reasons authors choose to write under a pen name, or non de plume, rather than the moniker given them at birth. @kdeniseholmberg #ACFWBlogs #writetip #ACFWCommunity Click To Tweet 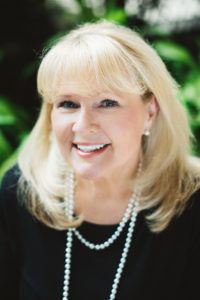 KD Holmberg’s debut novel THE EGYPTIAN PRINCESS, The Story of Hagar, releases April 1, 2021 by Mountain Brook Ink. Written from the Hebrew and Arabic tradition that Hagar was the daughter of the king of Egypt, KD explores how an Egyptian princess became a handmaid. Find her at: kdholmberg.com