Writing is largely a solitary proposition. Then comes the need to be seen.

But the coronavirus has limited us in ways we never could have imagined. 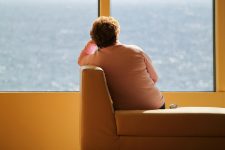 Countless book launches have been canceled. Authors fear their years of work may never be seen. Their collective cries blanket social media. How can I get people to notice me and read my work? If my book doesn’t sell well, will I ever get another book deal? Cries crescendoed when Amazon deprioritized shipping book orders.

More of us are striving in the pre-publication realm. How can we make agents see us as a worthwhile risk? How can we make connections, get people to notice our tweets, find our website?

The need to be seen hasn’t changed throughout history.

Both were isolated. Distanced from friends and resources. With no guarantee their writings would reach their intended destinations, let alone be distributed or read.

Paul was in prison more than 1,200 miles away from the Philippians when he wrote them his urgent letter. He wanted to squelch the legalism in Europe’s first church plant. More importantly, Paul wanted to warn the Philippians of coming adversity, prepare them with the proper perspective, unite them in purpose, and encourage them that God uses even life’s worst for greater good.

Paul’s message hinged on Epaphroditus reaching Philippi and starting a round robin. But Paul knew he wouldn’t live long enough to confirm either.

John was in exile on Patmos when he wrote the last book of the Bible. For context, Patmos wasn’t Walden-Pond-ish reclusion. It was a rocky, barren island. Criminals of Rome served their prison terms there under harsh conditions—working in the island’s mines. And Christians were part of the mix.

Maybe John thought all he could do on Patmos was start a small church. But God had bigger plans … and the visions started. The book of Revelation followed. John may have thought he would die on Patmos with his writing, but he lived and was released. Decades after we’d consider retiring, John hopped a boat to Ephesus (the closest city) and got busy engaging scribes to make copies for all the churches.

We want our writing to be seen. On a more fundamental level, we want to be seen as individuals. We ache for someone to champion the best in us and treat tenderly the worst parts we barely acknowledge to ourselves.

That reminds me of Hagar, an Egyptian servant to Hebrew master Sarai.

In Genesis 16, Abram and Sarai treated Hagar more as a commodity than a person. Although Hagar did Sarai’s bidding, she was treated so harshly afterward that the pregnant servant fled into the desert. But God saw her. And provided for her.

Hagar may not have believed in the Hebrew God, but she obeyed Him. In thanksgiving, she also gave God a name.

She called Him El Roi, “the God who sees me.”

Now more than ever, I find myself praying King Jehoshaphat’s prayer (2 Chronicles 20:12, NKJV): “We have no power against this great multitude that is coming against us; nor do we know what to do, but our eyes are upon You.”

Paul, John, Hagar, and Jehoshaphat remind us that God isn’t limited just because we are.

No one knows what will happen to the book industry or the world in the next few months. But we can rest in knowing the One who is standing in the gap for us. He is El Roi, the God who sees me.

God isn’t limited just because we are. He is still El Roi, the God who sees me. @LanaCwrites #ACFWBlogs, #ACFW, #writing, #writingcommunity, #ChristianFiction, #BiblicalFiction #writetips Click To Tweet 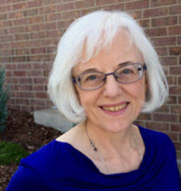 Lana Christian has a dual writing career in medicine and ministry. She won numerous APEX awards for the former. She was a double finalist in ACFW’s 2019 First Impressions contest and winner in her genre. She’s seeking representation for her biblical fiction series. Visit her at www.lanachristian.com.