Last week a reporter asked me if I ever thought my novel would get published, and that’s when I remembered the moon story.

Someone once told me that getting a book published was like shooting the moon. “What are you really going to do with the rest of your life?”

The conversation had bothered me, but I started anyway.

When I took the first chapter–fresh out of my head and hot off the printer–to my Barnes & Noble writing group, I asked the leader to read it for me (my accent is something else). As she did, I saw a box of motivational cards on a shelf behind her. It read: “Shoot for the moon. Even if you miss, you’ll land among the stars…” 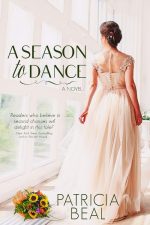 A hard-to-please group had loved my first chapter, and I’d received a sign. Cinderella story? Oh no, no, no. Two years later the novel hadn’t gone far. I stand corrected. It’d gone far–just not successfully. In the summer of 2012, the novel was rejected in three different continents in the same week.

Then Jesus passed by.

Six months later I was born again and realized that for two years I’d been writing my own salvation story.

The good news? The story wasn’t working because it was missing a layer. It’s more than the story of a ballerina with big dreams and dreamy suitors. It’s about a young woman trying to fill the God-shaped hole in her heart with misguided career and romantic pursuits.

The bad news? The rewrite would be lengthy and painful. But the Lord gave me people who encouraged me through the fourteen months of labor, and the work got done. He gave me something else too. A Cadillac commercial. A sweet reminder of where we’d been, and where we were going.

In the commercial, a kid is riding with his dad. It’s dark. There’s nothing to be seen anywhere. Suddenly you start hearing lunar landing audio:

“We are now in the approach phase–everything looking good.”
“Velocity twelve hundred feet per second.”
“You are looking great to us, Eagle.”
“Two thousand feet.”

A big moon shows up at the end of the road. Dad’s hands are strong on the wheel. The kid and Dad exchange an expectant look.

My answer to the reporter? “Absolutely. I knew it would get published.” He’s an aspiring novelist and was encouraged by the moon story. Pay it forward, right?

When I got home after talking to him, I found that shoot-for-the-moon box I’d purchased at Barnes & Noble on “Chapter 1 night” and got six years of dust off of it. Shame on me for not thinking about my trip to the moon daily. Why do we do that?

And if you’re paralyzed by fear, be free from it today. Are you doubting your calling? Most of us do. Don’t let that stop you. God already knows most of us feel that way.

I love this conversation between Jesus and a dad who asks for help for his possessed child: Jesus said unto him, If thou canst believe, all things are possible to him that believeth. And straightway the father of the child cried out, and said with tears, Lord, I believe; help thou mine unbelief (Mark 9:23-24).

God can handle our tendency to believe and not believe at the same time. He’s not surprised. Ask Him for help, like this dad did. He got his miracle. You’ll get yours. Believe. Keep working. Let me be your shoot-for-the-moon box of cards today. Do it. Shoot for the moon! Write that book. Pitch. Submit. Rewrite. Repeat. Get published.

“You are GO for landing–over.” 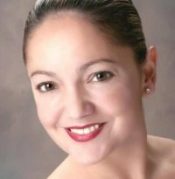