When someone refers to their “writing journey,” I think back to my own journey and my own misconceptions back in the early 1990’s.  It all seemed so clear back then. Write. Be dedicated. Absorb everything I heard at writers’ conferences, study my books on writing and the scores of writing workshop tapes I listened to endlessly.  It did seem like an impossible dream, back then.  Get “The Call” someday? Totally unlikely. Yet it did seem like reaching that first mountain top would be the end of that long, difficult journey and afterwards, having achieved access, the rest would be much easier. Little did I know….

I finally did sell a full ms plus a partial, but despite all of my plotting and planning, with the first book, I faced TWO rounds of heavy revisions, and then the line edits and copy edits of course…which were daunting, but much needed.  What a blessing it was, to have an editor willing to take me on, then be willing to devote so much time and effort on that first book.  I discovered that substantive revisions meant untangling octopus tentacles of thoughts, dialogue and plot threads woven throughout the story. If even one aspect had to change—the total impact was major. And there were a LOT of changes!

My first revisions were massive.  I thought it was just me.  Later, I began to hear about other writers who went through a similar learning curve.  Years later, a friend told me that when she sold a single title suspense, she wondered why that publisher had even bought her book. After her heavy revisions, she said hardly any sequences of words were left the same. But now, she is a huge star, and more power to her!

These days, writers are no longer left to stare longingly at the phone…or to pine by their mailbox, hoping for wonderful news from a publishing house. The evolution of the indie market and the freedom of e-publishing means that anyone can write the book of their heart and see it offered for sale on Amazon. Exciting times, these! But all of that freedom comes with danger, too.  A traditionally published book might still have some errors, but it has gone through revision and editing stages by actual editors. In the indie market, that editing process doesn’t always happen.

If you’ve ever bought indie books only to delete them from your Kindle or Nook after the first chapter, you know what I mean.  When we write a book, then polish it in the best way we know how until it seems to shine, all of that intensive work can make it hard to—pardon the cliché—see the forest for the trees.  It gets harder to clearly see what’s really there on the page.  Through rounds of our own diligent edits, we might start to miss plot errors.  Simple typos.  Repetitions.  We’ve looked at it so many times that we see what we expect to see and not what is truly there…or not. And therein lies the danger of blithely putting the book of our heart up on Amazon too quickly.

Unfortunately, readers have long memories.  If they pick up a book laden with errors, flawed plot elements or other problems, they won’t be buying that author again.  Worse, they might well leave a negative review that will remain with that book listing forever, and turn potential readers away.

So my message is simply this: write the best book you can. Then read EVERY page aloud.  Better yet, print off a copy. Then sit with a red pen and have your computer read each chapter aloud.  You’ll be surprised at all of the typos, awkward sentences, and stilted dialogue you’ll catch. Fix it all, then give that manuscript to a fresh reader—a fellow writer who has never seen it before, and ask her to be really thorough about everything—characterization, plot, conflicts, romance.  Everything else.  You can return the favor someday!  Do your revisions, then set that manuscript aside for a couple months while you start another story.  When you come back to the first one, you’ll be seeing it with fresh eyes and will find even more ways to make it stronger.   By now, the manuscript will shines, though ideally, hiring a good editor would be a wonderful final move.

Best wishes to you all for the greatest success with your writing! 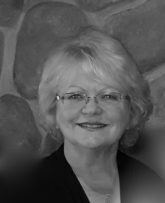 USA Today best-selling author Roxanne Rustand has written over thirty-five novels. She writes inspirational romantic suspense and romance. Four of her novels were RT Bookclub Magazine’s Annual Reviewer’s Choice nominees, and two were Reviewers Choice winners.  She was also been nominated for RT Bookclub Magazine’s Career Achievement Award. She lives in the country with her family, plus a menagerie of pets that sometimes find their way into her books. Follow Roxanne: www.facebook.com/Roxanne.Rustand, www.facebook.com/Roxanne.Rustand.author and www.roxannerustand.com.