There’s just something about Maine. It fills the senses: the smell of pine trees, the sound of the sea splashing against the rocky coastline, the sight of a lighthouse, the tangy taste of blueberries, the touch of a lobster claw. Even in winter, those images make you slow down, breathe deeply, and long for summer.

As I researched the story for On a Coastal Breeze, I explored some of the year-round 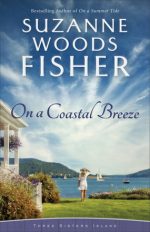 inhabited islands in Maine. There are three thousand islands off the coast of Maine, but only thirteen have year-round residents. This trip wasn’t a touristy kind of a trip. I was hunting for how the locals lived when the tourists weren’t there. How isolated did residents feel during the long, cold winters? (Answer: Very.) How did they feel about the ‘summer people’, who come to the island in vacation-mode? (Answer: They take but don’t give.)

On one tiny hard-to-get-to island, I visited the community hall/coffee store/town museum. One building, multiple purposes. Scanning the bulletin board, I saw fliers for numerous Alcoholics Anonymous meetings. A side effect of winter isolation, I suspect. And one section of the board had pictures of residents who had passed away in the last few years. Touching evidence, it seemed, of a caring community. Original, on-the-ground research is key to writing credible fiction. That trip, no doubt, gives this series a very authentic flavor. 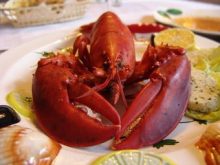 Here’s a couple of facts that were new to me, and only made me love this unique, quirky, beautiful state all the more. Especially in summer.

Here’s one bonus fact for you: 99% of all blueberries in the U.S. come from Maine.

Hungry? I am. And hungry for another trip to Maine, too. Hope you’ll feel the same way after reading On a Coastal Breeze. It’s the next best thing to being there.

Suzanne Woods Fisher is an award-winning, bestselling author of more than thirty books, including Mending Fences, as well as the Nantucket Legacy, Amish Beginnings, The Bishop’s Family, and The Inn at Eagle Hill series, among other novels. She is also the author of several nonfiction books about the Amish, including Amish Peace and Amish Proverbs. She lives in California. Learn more at www.suzannewoodsfisher.com and follow Suzanne on Facebook @SuzanneWoodsFisherAuthor and Twitter @suzannewfisher.