Word for the year?

Huh? Explain that to me.

That was me a few years ago. Here I was in my late forties and I’d never heard of the thing. Why limit your year to a single word?

A few of you might be having the exact same reaction this very moment.

I read a little about it. And tried it. And have continued the practice for the last five years or so.

“Each year, you should choose a word to represent the year you have in front of you.”1

Claire Diaz-Ortiz explains the rationale behind the concept: “Thing long and hard about one word that will serve as a guidepost for what you want to do and be in the year to come. One word that will remind you of what’s important when you need it most.”2

I tend not to think too much about it, rather talk to God about it and meditate on a word for a week or so. Often He gives me one of those “Aha” moments that provide clarity.

In 2015 my Word was “ADORATION” and last year it was “DELIGHT”. As I’ve drawn closer to the Lord these past few years I’ve felt an increasing desire for more of Him and less of me which probably best sums up the last two Words. I’ve so enjoyed delighting and figured there was so much more for me to experience that I was expecting I would stick with the same word for 2017.

As I prayed and meditated on it late in December I stumbled across a line in a prayer I read:

“If I’m going to be in a hurry about one thing this year, may it be to linger longer in Your Presence. Everything else will fall into place.”3

I stopped. Re-read this line a few more times as I prayed and then I had a new Word for 2017. Can you guess what it is?

It’s a great word. How much do we enjoy lingering on a great cup of coffee or fabulous dessert or a piece of music? But how much time do we spend simply lingering in the Lord’s Presence to savor Him? Not what He can give us but Him, His face, His person.

As I reflected more on that line above, people in the Bible who spent time lingering in His Presence came to mind.

Joshua lingered in the tabernacle (nee: tent). Even when Moses, his mentor, left it. It changed him. So much so it was Joshua, and not Moses, who received the honour of leading the Israelites into the Promised Land.

“Now there was one, Anna, a prophetess, the daughter of Phanuel, of the tribe of Asher. She was of a great age, and had lived with a husband seven years from her virginity; and this woman was a widow of about eighty-four years,[a] who did not depart from the temple, but served God with fastings and prayers night and day. And coming in that instant she gave thanks to the Lord, and spoke of Him to all those who looked for redemption in Jerusalem.” (Luke 2:36-38 NKJV)

These are the only three verses in the Bible about Anna. She was a woman who lingered in the temple. And served God with fasting and praying. The Lord honored her by allowing her to see Jesus, the infant.

“Now it happened as they went that He entered a certain village; and a certain woman named Martha welcomed Him into her house. And she had a sister called Mary, who also sat at Jesus’ feet and heard His word.“ (Luke 10: 38-39 NKJV)

Mary lingered at Jesus’ feet to hear Him speak.

How can we linger in His Presence?

In this first month of the year I’ve found lingering in His Presence harder than I anticipated. Simply sitting in silence (sometimes), with worship music (sometimes), eyes shut or open, has been hard. But what I have acknowledged is that I’ve turned up each day.

Reading His Word is important and giving myself time to reflect and meditate on it has been very helpful. When I walk one of our dogs each morning I recite verses I’ve memorised and a current one is that wonderful one from Joshua:

“This Book of the Law shall not depart from your mouth, but you shall meditate in it day and night, that you may observe to do according to all that is written in it. For then you will make your way prosperous, and then you will have good success.” (Joshua 1:8 NKJV)

What practices help you linger longer in His Presence? I’d love you to share.

Wishing all of my ACFW friends a wonderful God-filled 2017. 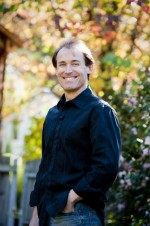