When I was a kid, The Wizard of Oz played once a year on television, an event my family never missed. I could recite every line: “Toto, I’ve got a feeling we’re not in Kansas anymore.” “Are you a good witch or a bad witch?” “I’ll get you, my pretty, and your little dog too!” “Lions and tigers and bears, oh my!” And, of course, “There’s no place like home.”

Something about that movie spoke to me: a discontented girl runs away to “somewhere over the rainbow” in search of her heart’s desire, only to spend the rest of the time trying to get home again. I loved how the vivid colors of the land of Oz contrasted so sharply with the dull, gray tones of the “real world.” As an aspiring artist of sorts, that felt exactly right.

There was one thing that always bothered me, however. Glinda, the Good Witch, gave Dorothy the magical ruby slippers after she accidentally killed the Bad Witch. But Glinda didn’t tell her that the shoes were powerful enough to get her home. And Dorothy never thought to ask.

Of course, if Dorothy had used the shoes in the first scene, there wouldn’t have been a movie. She wouldn’t have followed the yellow brick road, made friends, overcome obstacles, defeated a witch, or learned the great lesson of her life: “If I ever go looking for my heart’s desire again, I won’t look any further than my own backyard. Because if it isn’t there, I never really lost it, to begin with.”

Dorothy’s own efforts to save herself came to naught—the Emerald City was a frivolous place, and the Great Wizard she had come so far to see turned out to be a fraud. It wasn’t until she had no options left that Glinda finally told her the secret of the shoes. The Scarecrow rightly asked, “Why didn’t you tell her before?” Glinda replied, “Because she wouldn’t have believed me. She had to learn it for herself.”

Ain’t it the truth.

It was only through struggle and failure that Dorothy learned to rely on the power of the shoes. Along the way, she discovered true friends, courage, perseverance, and even joy.

We writers are on a quest to reach our “dream,” whatever that is: getting an agent, a book contract, a bestseller. Plowing through that dreadful first draft or finishing a book we can’t figure out how to end. The journey can feel never-ending and even hopeless. We get lost and discouraged by rejection, criticism, self-doubt, and writer’s block. We’re distracted by Facebook (how many likes did I get today?), Amazon (I know I need something), and a thousand other shiny objects. We wonder why we even started this journey in the first place.

We forget about the shoes.

In other words, we forget that God put us on this long and winding road, and He’s with us every step of the way. We need to keep going, no matter how hopeless it may seem. Otherwise, we will never be changed. Our hearts will remain empty and unfulfilled. We who live for stories will never have one of our own.

James said, “Consider it joy…when you face trials of many kinds, because you know that the testing of your faith produces perseverance. Let perseverance finish its work so that you may be mature and complete, not lacking anything.” (James 1:2-4)

What’s more important than writing a bestseller? Writing your story—or allowing God to write it for you.

It really is all about the shoes.

We writers are sometimes like Dorothy in the Wizard of Oz, so discouraged by the journey, we forget about the shoes. @GinaDetwiler #ACFWBlogs #writetip #critiques #ACFWCommunity Click To Tweet 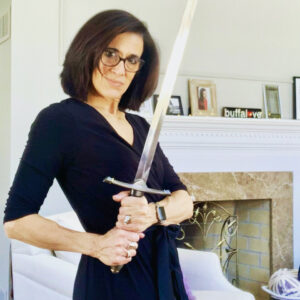