MEMBERSHIP
CONFERENCE
CONTESTS
CHAPTERS
STORYFEST
Home Blog Is it Faith or Is it Trust?

I am not the first person to realize that ninety-nine percent of the things I’ve worried about never happened.

Nor am I the first to discover that God is never late.

Oh, He’s really good at working close to deadline, at least from my time-constrained viewpoint. But He never fails to show up. 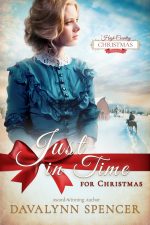 So why do I worry?

As novelists, our lives often intersect with our fictional characters. We draw frequently from personal experience or situations in the lives of those close to us. Somehow this makes our fiction truer. And isn’t that why people read it?

We add conflict, struggle and obstacles to our stories for the sake of character development. Yet  we may squirm and complain when faced with such challenges in our day-to-day life.

My recent involvement in a seminary-level study group drove me to consider deeper layers of the Christian walk. One observation made by the instructor so impacted me that it tumbled from the lips a secondary character in my latest novella:

“God gives us faith so we can trust Him.”

Frankly, this comment stopped me dead in my tracks when I first heard it, because … well, aren’t faith and trust the same thing?

The English professor in me looked closer at the two seemingly similar words – words with which I’ve dealt for years. But this time, I noted that in the spiritual context, one was a noun and one was primarily a verb.

That simple observation became a turning point for me as well as for the heroine in my story.

But how could I apply this to my daily life as a writer, teacher, musician, parent, grandparent?

I didn’t have to wait long to find out.

“Grammie, don’t throw away the apple seeds. We can plant them and grow a tree.”

The simplicity of my six-year-old granddaughter’s comment drove me to my intellectual knees. She’d been learning about Johnny Appleseed (aka John Chapman).

To borrow from an oft-quoted cinematic moment, the over-arching idea was, “Plant it and it will grow.”

However, that notion was not original with Shoeless Joe author W.P. Kinsella or Field of Dreams director Phil Alden Robinson. It sprouted in one of earth’s very first scenes.

“Then God said, ‘Let the land produce vegetation: seed-bearing plants and trees on the land that bear fruit with seed in it, according to their various kinds.’ And it was so” (Genesis 2:11 NIV).

My granddaughter had learned that a seed would produce what it came from. Without hesitation, she trusted that information enough to act on it.

But it was late October, I reasoned silently to myself. It had been snowing. We lived in Colorado. What if the conditions prevented the natural order of seed time and harvest? What would that do to her simple faith?

I was facing off with the issue of God’s gift of faith that enables me to trust Him. In other words, what would I do with the gift I’d been given?

I planted the seed.

Now I admit, my faith was smaller than the proverbial mustard seed due to the above-mentioned circumstances. But the day I walked into the kitchen, flipped on the light, and saw the string-thin stem growing straight up out of the potted soil, a tiny leaf crown at the top, my intellectual knees weakened again.

As Christian authors, we plant seeds, believing they will sprout and grow. God has given us faith to trust Him as we act on the talent, compulsion, and opportunity He provides.

Rarely do we see the results, but we don’t need to, for He is Lord of the harvest.

Clearly, the rest is up to Him. 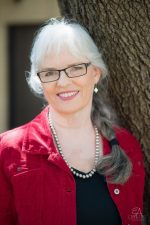