When I embarked on this writing journey, one of the decisions I needed to make was how serious I was going to be. How much was I willing to invest and for what end result? I wasn’t one of those kids who was the editor of the school newspaper, nor one that found writing a necessity for life. I enjoyed English, wrote a bit, but never thought of a career as a writer. Never. And I don’t think I would have even considered it if I hadn’t had the encouragement of my mentor, Frank Peretti. It was his confidence that he saw something in my writing that I didn’t. My first, and most critical, investment was in going to his home to be mentored two days a week to review what I’d written — or re-written.

I invested in writing conferences. That is a pretty pricey investment, but I loved mingling with other writers, learning first hand from the experts, and then spending time absorbing all that I learned. I found, for me, the best conferences had regular classes (like ACFW) with subjects reflecting whatever problems I was currently having. Panel discussions, such as those with agents, editors, and publishing houses were also useful. The least productive (and frankly most boring) were panels of authors taking about their books. If I hadn’t read their book, I really didn’t care why Sally McAdams didn’t end up with Lance but instead went with Bret. Yawn.

On-line classes on specific subjects were a low-cost investment that allowed me to really focus on a particular subject: POV, dialog, pacing, writing action scenes, characters, and so on. I just had to make sure I could devote the four- to six-weeks in doing the work.

Books! Of course, books! I would highlight, tag, dog ear, and otherwise destroy a book by devouring every word. Some books I keep going back to and reviewing the wisdom within.

Over the years I’ve had both on-line critiquing group and an in-person critique group. The in-person, small group (ten and less) of folks I really like has been wonderful. I learn a lot about writing by reading the efforts of others.

The investment was considerable, both in terms of time and money. Part two of this equation was what end result was I seeking? What defined success? Here I found that success shifted as I worked through the process. Success was an agent. Success was a contract. Success was finaling in a competition. And on it goes. As soon as I reached one goal, I’d re-set it to the next.

Finally, Luke 12:48 says in part, “When someone has been given much, much will be required in return.” I figured God gave me a mentor and the desire to write. I just have to keep up my end of the deal. 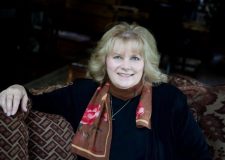 Carrie Stuart Parks is an award-winning, internationally known forensic artist and is the largest instructor of forensic art in the world.  Her novels in have garnered numerous awards including the Christy, Carol, and Inspys. As a professional fine artist, she has written and illustrated best-selling art books.