This week we’re commemorating the 75th anniversary of D-day, the Allied landings in Normandy on June 6, 1944.

As I’ve studied D-day from the sea, the air, and the ground for my Sunrise at Normandy series, I’ve become impressed with the scope and magnitude of Operation Overlord. Obviously, writing novels is a less complicated and far less dangerous endeavor, but I believe we can find inspiration and motivation from this great historical event.

Many months before Allied troops landed in Normandy, generals and admirals and other men and women made plans. Lots of plans, covering every possible contingency—military operations, medical, food, gasoline, replacement parts, shipping, and where to house and train the soldiers and sailors while they waited in England. 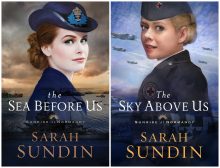 As writers, we need to make plans too. We need to make long-term career goals, and short-term daily goals with those long-term goals in mind. Which conferences to attend and what courses to take? How many words per day—and what’s my personal deadline? What to post on social media and how often? How to build my platform meaningfully and organically? Just as in battle all plans fall apart when the bullets start to fly, so do our writing plans fall apart when real life hits. That means we need to build flexibility and breathing space into our plans.

Eleven thousand aircraft flew on D-day. Bombers targeted enemy strongpoints, and fighter planes patrolled the skies to protect the men at sea and on the landing beaches.

We writers need “air cover” too—prayer. Both offensive and defensive prayer. Prayer that our words would fight for God’s glory, and prayer to protect us from the enemy’s weapons of discouragement and pride and distraction.

For D-day, over five thousand ships and vessels crossed the English Channel, manned by 196,000 naval personnel. This mighty armada supported the soldiers—carrying them to Normandy, bombarding the enemy, and protecting against enemy attacks from the sea.

What a blessing it is to have an armada of writers sailing the stormy seas with us! The writing community provides support, encouragement, and motivation along the way. Nourish your friendships in the writing world—we need each other.

Boots on the Ground

Plans and training and airplanes and ships couldn’t win the battle in Normandy alone. On D-day, 156,000 soldiers landed on the five beaches. The Nazis could only be defeated by men on the ground, fighting for each square mile of enemy-occupied territory.

Now, get out there and write, soldier! 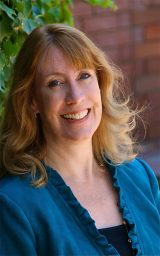 Sarah Sundin is a bestselling and award-winning author of World War II novels, including The Sea Before Us and The Sky Above Us in the Sunrise at Normandy series, which follows three brothers on D-day. Sarah lives in California and enjoys speaking for church and writers’ groups. Visit at www.sarahsundin.com.