We’ve all felt this when we read good books—we become the main characters. We feel their joy and 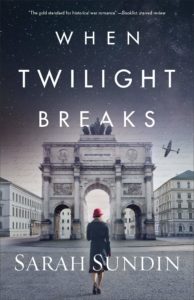 anger and fear. As writers, our job is to produce this effect through our own characters.

Not only does this produce a satisfying, cathartic, emotional experience for our readers, but it has a humanizing effect.

This fall, I’ve been part of a team teaching from the book of Esther for women’s ministries. I was assigned the chapters dealing with Haman’s edict and with Mordecai’s edict. One thing that stood out to me was how Haman and Esther used language to very different effects before the king.

Haman used dehumanizing language. He referred to the Jews as “a certain people.” We can almost hear the sneer in his voice. He says they’re dispersed among the peoples, different, defiant—and therefore, dangerous. With careful use of language, the language used throughout history by all who persecute, he creates distance. “They” aren’t people worthy of compassion. They are “them”—not “us.”

On the other hand, Esther humanizes. Falling before the king with tears, she refers to the Jews as “my people” and “my kindred.” We feel her grief. She has put a human face on the intended victims. They are “us.” They are the kindred of all of us.

The Power of Fiction

Fiction has the power to turn “them” into “us,” to emphasize the humanity of all peoples.

Studies have shown that fiction readers have higher levels of empathy! That amazes many, but not us long-time readers. Through story we’ve been little girls in little houses on the prairie. We’ve been slaves on plantations desperate to escape. We’ve huddled in World War I trenches as German shells explode around us. We’ve stepped onto dry land in the middle of the Red Sea as Pharaoh’s chariots rattle behind us.

Through the author’s imagination committed to paper and the reader’s own imagination, we live countless lives.

When I was writing my latest novel, When Twilight Breaks, I was very aware of this power. The story follows two Americans living in Nazi Germany in 1938. One of the key events in the story is Kristallnacht, which happened on the night of November 9-10, 1938, 83 years ago today.

On Kristallnacht, also known as “The Night of Broken Glass,” the Nazis attacked the Jews throughout Germany. Dozens were killed, over 30,000 men were sent to concentration camps, and countless homes and businesses and synagogues were destroyed and burned and looted. The effect of the broken glass on the sidewalks throughout Germany gave the pogrom its name.

The statistics are horrific, but impersonal. I wanted my readers to feel the terror and hopelessness and injustice of that night. So I put my characters right in the middle with everything at stake.

Let’s be like Esther and use our words to create empathy for our people, our kindred—all those created in the image of God. All of us.

Words have power. Award-winning author @sarahsundin shares how novelists can use that power to create empathy for others. #ACFWBlogs #writetip #critiques #ACFWCommunity Click To Tweet 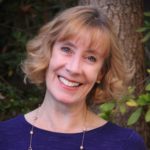