MEMBERSHIP
CONFERENCE
CONTESTS
CHAPTERS
STORYFEST
Home Blog How Brainstorming and Eating Pizza with Friends can Lead to a Book!

Did you know the Twelve Days of Christmas start on December 25 and end on January 6th on Epiphany–the day the wise men first saw the Christ Child? To most people it means figuring out something, and to writers it can mean: an illuminating discovery, realization, or… a revealing scene or moment. 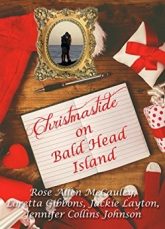 Three of my Kentucky writer friends and I had an epiphany about four years ago at a restaurant in Lexington, KY. We met to critique some stories and help each other brainstorm. One thing led to another, and we soon found ourselves brainstorming an entirely new story from four POVs–the grandmother of the story, her two daughters, and the granddaughter. We each worked on one of the stories and submitted it to a publishing company back then, but it never got picked up. Sometime this past year, someone asked, “Why don’t we go on and write it and see if we can get it published somewhere else?” So we did. The four authors are Jennifer Johnson, Jackie Layton, Loretta Gibbons, and myself.

We had a ball brainstorming this story, and meeting several times, and eating the brownies that the characters also like to eat! (Recipe listed in the book!) Jackie is the one who came up with the setting of Bald Head Island, NC, as we all love the beach and wanted a beach setting that hadn’t been written about yet. Since then, Jackie, Loretta, and I have also visited Bald Head Island. We wrote the stories and critiqued them for each other, and Jennifer submitted them to Winged Publications where she had been published before, and it was accepted.

So, instead of writing about the 12 Days of Christmas during this season, I decided to write about:

12 ways to enjoy brainstorming
1. Pick a place that is not a hardship for any member of the group to reach by car.
2. Have snacks and plenty to drink, especially water.
3. Choose a place/time that is not too busy/too loud to hear each other, and where you won’t be bothering others around you.
4. Limit your group to 4 or 5 members unless you want to break up into smaller groups. Some groups stick with genre, but we liked the mix of a children’s author, a romance author, a women’s fiction writer, and a mystery writer.
5. If others need help brainstorming, divide the time into equal parts and set a timer for each person’s time.
6. Start by telling your group what you need help with–perhaps you’re starting and need help with everything! Or, you know the beginning and ending, but need plot points for the dreaded middle.
7. Don’t delete any ideas. An idea that doesn’t seem to work at first may be the one that leads you to a breakthrough in your story later.
8. Have a way to record the ideas. Each person should have a laptop or paper and pencil handy, and I have also used a large piece of white paper on my wall where I can write down the ideas like a story map as we go.
9. Choose someone to help you act out a scene. Then, ask someone else to write down the dialogue the two of you produce.
10. After you have a few ideas flowing for plot points, try to think of ways to put the character in an even worse situation!–Idea from Writing the Breakout Novel by Donald Maas.
11. Be flexible. Since the story isn’t even written yet, this is the time to suggest “far-out” ideas that might work better than what you had in mind!
12. Here’s an idea I learned from Brandilyn Collin’s excellent book Getting into Character. Keep asking your main character “Why?” questions until you finally discover the reason for his/her main desire.

Rose and her friends in this book love to brainstorm anywhere and have held brainstorming pajama parties at each other’s homes, where they eat brownies and other goodies. They held a brainstorming vacation at the beach one year. What a way to enjoy brainstorming! Any more tips you can share? 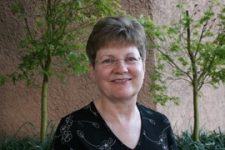 Rose Allen McCauley has been writing over a decade, and has four books published. A retired schoolteacher, happily married to her college sweetheart for over four decades, they enjoy their family of three children, and their spouses, plus five lively grandkids! Christmastide at Bald Island is available now.