MEMBERSHIP
CONFERENCE
CONTESTS
CHAPTERS
STORYFEST
Home Blog Have You Failed Enough to Be a Success?

1 Corinthians 15:58 NLT:  So, my dear brothers and sisters, be strong and immovable. Always work enthusiastically for the Lord, for you know that nothing you do for the Lord is ever useless.

If you look at my writing career through one set of glasses, I have been amazingly successful. I have had three magazine columns, four novels and a children’s book published. At one time, I acted as a newsletter editor. In addition, two plays, multiple monologues and skits, a myriad of short stories and an ongoing blog show up on my resume. Good stuff.

But if you look at it through another set of lenses, I have bombed.

I have seven finished books that have never seen publication. Then if I include the incomplete books at varying degrees of composition from a mere sketch to nearly one hundred pages, the total nears fifty unpublished stories. We’re still talking about book-length things that I’ve written to one degree or another. I sunk hours of research, preparation and editing into books that sit partially completed in my files. How much time have I wasted!

If you add in all the ideas that I felt called to write, but didn’t, I am an abysmal failure.

The apostle Paul knew what it was like to be an abysmal failure. By the eyes of the world, he had everything going for him. He was trained by the best and raised to be the best Pharisee. But when it came to serving God practically, not just with his words and image, he had done nothing. It took an encounter with the risen Jesus interrupting his latest crusade to show Paul that what he thought were achievements were actually a list of his greatest failures.

In light of the world, achievement as a Pharisee meant having the best of teachers, meeting with all the right people and doing all the right ‘visible’ things. Paul, as far as anyone could see, was a success and was destined for greater things. But in God’s eyes, he was missing the mark until he got humbled.

As writers, we have all heard tales of people who were rejected for a long time before they saw publication. As Christian writers, though, we need change our lens from ‘publication success’ to ‘godly success’. Sometimes they may be the same thing.

But how often, in heaven’s sight, is it the letter written to a prisoner or a poem for a hurting friend, something that touches them with God, viewed as a higher value than publication? On this side of eternity, we may never know.

The reason we fail is that we’re human. We need disappointments to see our need for God. Christian writers should fail, and often, to humble us over and over so that we write what He needs, not what soothes our egos or pads our pocketbooks.

To learn anything worthwhile, we need to fail. Failure means we have tried. But failure also shows us our limitations and forces us to look to a greater purpose. Also our failure to publish, may not be a failure at all. Perhaps the piece was destined for one beta reader or even a working out of one’s own faith. We fall flat for real only when we ignore our God. But even then, in his grace, he uses that to refocus our purpose.

I have no idea where my failures will take me or if any of them have a future. At the moment, they are not in God’s plans for me. But has he used them to direct me and refine my craft? Of course. But the God of the resurrection may revive them someday, just like he will use words of yours that you think he’s forgotten.

Let’s keep being willing to fail. Because who knows how God will use our latest catastrophe for his own glory? 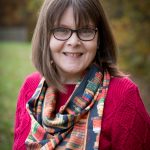 Susan A. J. Lyttek, author of five novels, award-winning writer, blogger, wife and mother to two homeschool graduates currently escapes her employment search by writing random stories. You can find out more about her and her books at www.sajlyttek.com