Until I retired, most of my writing was work-related non-fiction. Critique groups, beta readers, and launch teams were all new concepts to me. I wrote my first novel without a critique group; didn’t yet know what a beta reader was; and didn’t get help with a book launch until the book was at the printer. I had a lot to learn.

I regret all the years I wrote more or less in a vacuum. Though I often interviewed people in preparation for articles or books, I wrote in solitude. I did work with a co-author on the book about disaster response because my daughter works in the professional disaster response community. The editor agreed to let us c0-author that book. Working with her on the finished book was great fun. I doubt the book would exist without her helpful insights.

From Disasters to Discoveries

The next disaster I wrote about was very personal. I went through a divorce in my mid-fifties. The resulting book started as an extremely private journal that I’ve never shared with anyone.

Then I got the idea of trying my hand at writing a novel, based on this experience, but containing completely fictional people. I wasn’t very far into the project when I had a chance to spend several weeks housesitting for friends. The cat I was supposed to watch was a recluse. I only knew there was a cat because the food and water bowls emptied from time to time. I couldn’t figure out their three-remote-control system to watch anything on television other than the last channel they had watched, so I went on a television fast.

All that solitude resulted in a first draft; but I had no idea what to do with it. I went to a writer’s conferences where I met an agent who expressed interest in my novel. It turned out her interest was not sufficient to result in a contract, but her response prompted me to keep going.

I’d attended enough workshops and conferences to consider publishing this book on my own and join the growing ranks of Indie authors. Why not? I’d met plenty of other writers who raved about publishing this way. I’d confessed to enough confidants that I’d written a novel about divorce and the challenges of navigating the unfamiliar world of being suddenly single again later in life. They all encouraged me to publish the book.

Was this God’s nudge to release this fictional, but still painfully personal, story into the world? Perhaps so. Only I had no idea how to actually publish a book without an editor and publishing company working with me. One day I ran into a pastor I know who had just published his own Indie book. I approached him with a list of questions.

He answered a few of them, but each answer prompted me to ask him more questions.  Finally, he suggested, that if I was interested, he could publish it for me and we would share any profits. I’d bear the cost, but he could line up a professional editor, book cover designer, and printing company. Plus, he already knew all the options for making it available on-line; all skills I had not yet mastered.

That is when I learned about beta readers. His wife became my first one. Her feedback was infinitely helpful. A woman I met at another writer’s conference introduced me to a publicist who helped me launch the book; even though I didn’t contact her until the books were being printed. The feedback and reviews the book generated proved quite healing. One family member apologized for not doing more to support me through those dark days because he didn’t realize how dark they’d been. Even the “he-who-shall-not-be-named” who inspired the book, eventually requested a copy. Through a mutual friend I learned he considered the fictional account a fair and accurate assessment of what happened.

Another Book, Another Genre

I had such a gratifying response to my first attempt at a book-length fiction, I thought I’d try my first historical fiction. I have always been drawn to the story of what really happened when the English encountered the Natives in Massachusetts in 1620. My mother did the research to document we had ancestors on the Mayflower. What we’re taught in school about the Pilgrims and Natives is actually more myth than history.

Reading historical fiction is my favorite way to learn history, and I trust it is so for others as well. Starting with my mother’s research, I set out to do my own research and write a fuller, more accurate account. I chose historical fiction as the genre so I could create dialogue for the men and women in both cultures who struggled to overcome horrific challenges and tragic losses. It is my hope, that as we learn more about those two cultures four hundred years ago, we’ll to work harder for peaceful relationships among people of multiple cultures in the Unites States today.

Enter a parade of beta readers. I asked history teachers, museum curators, Natives, historical fiction fans, and people drawn to the Mayflower story to read the manuscript. I believe listing some of these beta readers in my presentation at a writing contest is part of what led to a book contract with Green Writers Press.

Like other aspects of my life, this writing journey has taken several detours from my intended route. The people I’ve met, the places I’ve traveled, and the experiences I’ve encountered along the way have been enriching, educational, and rewarding. I’m not where I thought I’d be at this stage of life, but by the grace and guidance of God, I’ve come to a very good place. And now I know the value critique groups, beta readers and book launch teams. Discovering them has enriched my life considerably.

Life got you down? God delights in turning life’s disasters into new opportunities. @AuthorKHaueisen#ACFWBlogs #Writing #HistoryMatters Click To Tweet 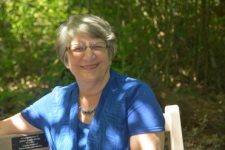 Kathryn Haueisen writes from Houston, Texas where she lives with her husband and a spoiled poodle. She loves to visit her family and travel and explore new places. She blogs at www.HowWiseThen.com about people making the world a better place.