Researching a historical novel is more than a challenge; it feels like a career.

I’ve written four novels in a series, with the main characters staying intact throughout. Buzzing around my head is the fifth, but I’m departing from the series to do something completely different.

The new project is still a novel, but it’s not even remotely like what I’ve been doing for the past seven years. Since 2011, I’ve been writing, breathing, talking, reading, researching, marketing, and visiting (five times) all things Britain. Now I find myself in small-town Mississippi. 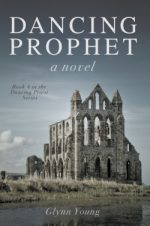 The idea is based on a piece of my family’s history, and it’s been sitting there, simmering for a very long time. It concerns the American Civil War, and specifically the months immediately after the end of the war. It’s based on an off-hand comment my father made more than 40 years ago: “Your great-grandfather was too young to enlist as a soldier in the army, so he did something else.” It’s the something else that intrigued me, and it was also what he found when he returned home in late 1865 – his family was gone.

Some years back, when the idea first began to glimmer, I started reading books about the Civil War. The internet makes research easy, sometimes too easy (and always overwhelming). I found a 2002 book called A Year in the South 1865 by Stephen Ash, the story of four Southerners who kept journals during the entire year. I got my hands on two old middle-grade children’s books on life in the South during the war (with pictures). I read biographies of Ulysses Grant and Robert E. Lee and dug out a biography by P.G.T. Beauregard that was in my basement, bought a long time ago when I was in college.

I read Bruce Catton’s three-volume history of the war, and Shelby Foote’s history, and James McPherson’s The Battle Cry of Freedom. I discovered a story of how Mark Twain helped Ulysses Grant write and publish his memoirs, as Grant was dying from throat cancer. And read Grant’s Memoirs themselves. And a beautiful National Geographic book called Eyewitness to the Civil War. And the Ken Burns PBS production of some years back with its accompanying book.

And the blogs. They’re varied and numerous and they help you discover little things, like how the Civil War revolutionized travel by rail for women. Before the war, it was unthinkable for a woman to travel without a male escort, on a train or any other way. But with men enlisted and fighting, women often had no choice but to travel alone, to care for a wounded family member, to flee an oncoming army, or to fulfill other family responsibilities.

The internet is also a treasure trove of data about who enlisted in what army and when. I found my great-grandfather, and I know his rank and location at the war’s end. I also found him and other family members in census records and learned that we didn’t, as always believed, come from a family of shopkeepers; we came from a family of small, non-slaveowning farmers, typical of the Southern population in the 1860s. I even solved a mystery of a death recorded in the old family Bible; it was a great-great uncle by marriage who died at the Battle of Shiloh.

Most of this research will never be used. But it’s done the job it needed to do – and that was to help me understand the times my own family lived through.