Someone once said, “Inside every fat book is a thin book trying to get out . . .”

Don’t get me wrong, there is definitely a place in this world for short stories, novellas, and novels under a hundred thousand words.

I just won’t be writing them anytime soon. 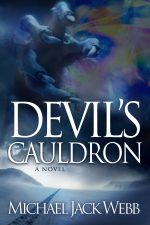 If I had to choose a single author who most inspired me to write long stories it would be a tough challenge. I honed my love of reading at an early age, devouring everything James A. Michener wrote, starting with The Source, and as many science fiction novels as I could get my hands on. But is was J.R.R. Tolkien’s magnum opus The Lord of the Rings trilogy that etched in my soul a passion for storytelling. And long stories. When I was in the ninth grade, one of my teachers, a Quixotic fellow, introduced me to Tolkien. Once I began reading his masterful vision of Middle Earth, I was hooked on reading about and creating visionary worlds taking me to other times and places, allowing my imagination to run rampant.

After that, I never looked back.

Tolkien wrote in the forward to the 2nd Edition of The Lord of the Rings (1966), The prime motive was the desire of a tale-teller to try his hand at a really long story that would hold the attention of readers, amuse them, delight them, and at times maybe excite them or deeply move them. That sentiment became the driving force behind my writing once I made the decision to pursue writing novels as a way of sharing stories that ignite imaginations and stir souls (my tagline and the moniker on my website).

Two years later, during an interview given in Oxford, part of a BBC 2 television documentary, the well-known author said, “If you really come down to any large story that interests people—holds the attention for a considerable time … human stories are practically always about one thing, aren’t they? Death. The inevitability of death.” I would add, for those of us who write from a Christian worldview, as did Tolkien, the power of resurrection is an even more powerful elixir, compelling readers to plumb the depths of their own humanity in light of a merciful and Omnipotent God. Whether it is a literal resurrection from the dead, or a metaphorical resurrection of faith, or a resurrection from a dream that has died, resurrection is the only antidote for death. So, if there is a fat or thick book within you, a poem to rival Homer’s epic The Odyssey, a short story begging to grow into a novella, or a story you’ve always wanted to tell dying a slow death on the musty shelves of what might have been, trust the power of resurrection. Write as if your life depends upon it. Because it does. And, perhaps, so does someone elses.

As Tolkien wrote in a letter to his son Christopher in 1945: A story must be told or there’ll be no story, yet it is the untold stories that are most moving. 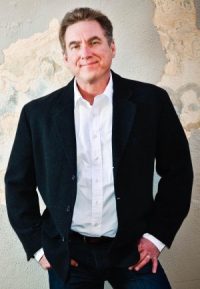