…Or not so effective communication.

Back in the 1960s, we had what’s called the Cuban Missile Crisis. The Russians placed missiles in Cuba, which could easily reach many cities in the United States. Our government could not tolerate such a threat and we demanded the Russians remove the weapons. The situation escalated to where war appeared imminent. Russian Premier Khrushchev sent President Kennedy a letter saying his country would comply. A short time later, Khrushchev sent another letter saying the exact opposite and almost dared us to come take his missiles. 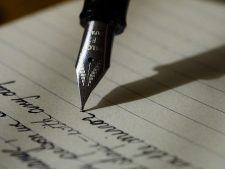 In a brilliant strategic move, President Kennedy acted as if he never received the second letter and accepted to the first letter. Khrushchev removed the missiles. We avoided war.

Sometimes, choosing to ignore the parts we don’t like can be a good communication strategy. This is a very simplistic explanation of what happened—millions of words have been written about the crisis—but it illustrates my point in this blog.

Effective communication depends on so much more than the words we speak or write.

We often read meanings into words that aren’t there. Sometimes I’ve missed words in a document or rearranged them in my reading or added words without realizing it. And, sometimes, the other person didn’t write clearly. Ever read assembly instructions originally written in Japanese or Chinese that were translated word for word into English? That’s an adventure in untwisting word pretzels.

In today’s favorite forms of written communication, emails and text messages, tone and meaning can get lost in emojis, autocorrect, and being in a hurry to respond. The person sending the message thinks they’re being clear and concise. But when we receive it, what comes across is anger or sarcasm or hostility. And we want to fire back a response as quickly as we can. And an explosion follows. This can damage relationships, disrupt business or other processes, or create a hurt that lingers for months or even years.

One of the first things we need to do to prevent this is check our anger at the door. While we’re at it, we need to check our defensiveness, our pride, and our own agenda. We can’t learn if our primary interest is control and having it our way.

I can’t learn from others if my attitude is I already know it all. I’m just reading what you wrote to see if you agree with me.

I’ve also learned the hard way not to take what the other person wrote as a personal attack. Even if it’s a harsh review or criticism or a strong personal disagreement with my argument or beliefs.

I need to approach these situations with grace. I need to give the other person the benefit of the doubt as I hope they would for me.

When we make assumptions, we create roadblocks to effective communication. Sometimes, we make the mistake of assuming the other person cares about the subject as much as we do.

Assuming the other person knows what I’m talking about or already has some knowledge or even interest in the subject can be dangerous. It creates a situation ripe for misunderstanding and strife.

Or we assume an uncooperative or unresponsive person is mad at us. Rather than try to find out, we act on this assumption and allow anger to build us. Any possibility for resolution and working together goes out the window because we acted on our assumption. We must resolve anger based on our assumptions. It can be risky, but we must take the first step to clear the air.

Also, don’t assume the lack of response means the worst. Don’t catastrophize what may be a simple oversight.

Expectations are another source of communication breakdown. We email or text or leave a phone message. We expect the person to respond to us. When they don’t, we judge the lack of response is intentional. It’s never safe to jump to this conclusion. There could be many legitimate reasons they don’t reply. Maybe our email was diverted to spam. Maybe we got the address or the phone number wrong. Maybe there was some other tech issue involved.

Sometimes our style of communicating builds an unintentional wall. I don’t like phones. And that’s putting it mildly. I’d prefer to talk in person or by video, or by email or text. I tend not to return phone calls. I find the instrument a nagging and disruptive force. I use it, but I don’t like it. When someone says I didn’t call them back, I want to respond with, “And the sun rises in the east.” But I don’t. I apologize and start the conversation they initially called about.

How to handle these less than adequate communications. First, be willing to grant a measure of grace to the responder. Look to keep communication open, not slam the door and bolt the door.

Before we send that nasty email or text, before we call to give someone a piece of our mind, stop and think: Is this how I would want to be treated if the roles were reversed? Ask what kind of representative am I being of Jesus?

Have that potentially tough conversation to clear the air around miscommunication. But check our assumptions and our expectations, our pride and our ego, at the door first.

Humble ourselves and make the first step toward resolution.

Disclaimer: Steve Laube inspired this blog in two recent posts on his website: Misunderstanding the Written Word, and Barriers to Effective Communication. Thanks for letting me add my two cents, Steve. 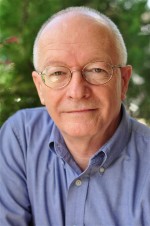