A friend and fellow writer asked me if I edited my writing as I wrote or after I finished a draft. My answer was yes. I do both. I edit as I write, over and over again, and I edit once the draft is “finished,” if that’s possible.

The question provoked a deeper thought. Is it possible for me to separate editing and writing?

The answer is no, and I suspect computers have something to do with it.

I was trained in journalism. At the time, classroom technology consisted of Royal manual typewriters. Electric machines were available, but my journalism school couldn’t afford them. I taught myself typing on a portable electric typewriter, but in-class assignments and tests were done on the manual Royals. I can still remember the sound of 20 journalism students pounding on typewriter keys. 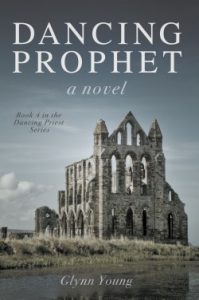 We always made mistakes on manual machines, and that’s why we had markup style, which we used to hand-correct errors and typos. At the time, we were learning that the newsroom demanded a speed that was more important than turning in a perfectly typed story. The reporter wrote the story and the editor edited it.

Since the advent of computers and writing software, those roles have blurred. Markup style is rarely if ever needed. The writer can correct as the writing proceeds. The story is sent electronically to the editor, who makes whatever changes deemed necessary. Today, many newspaper chains are centralizing the editing function, including the writing of headlines, in one location. My hometown newspaper in St. Louis, for example, is edited in Indiana.

As late as 1984, I was writing on an IBM Selectric typewriter and giving my copy to my boss the editor. But computers arrived that year, and my writing life changed forever. I could edit as I wrote.

That’s how I write today. I’m constantly rereading and revising as I move through the draft. I go back to what I’ve written and usually make changes, usually small ones but occasionally major ones. I’ll speak dialogue out loud, to make sure it sounds like someone talking. I’ll take out unnecessary words. I’ll gulp as I delete scenes that sounded right when I wrote them but really didn’t do anything for the story. I’ll change a word. And then I plow on with the writing.

Once the draft is finished, if there is such a thing, I’ll go back and reread it, editing as I go along. Then comes the final “big edit,” the last step before I say, “It’s done.”

The process is slower than finished a draft and then editing, but it works better for me. I’m in constant control of the draft; I know when a character’s age gets screwed up, when the timeline is out of sync, when a setting has to be changed, when a scene needs to disappear.

Working on my latest story, I was writing toward the end when I typed a single short sentence that didn’t fit the outline. I stared at it, wondering where it came from. I thought back to critical scenes, and realized the idea was there, hovering just below the surface. I reread those scenes and started slightly revising; not much editing was needed. The whole point of the story had emerged in that one surprising sentence, and it had been there the whole time.

It took my constant editing-as-I-write approach to make me realize it. 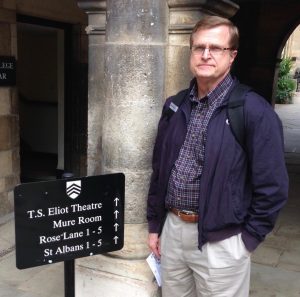