Writing a novel of ideas is not for the faint of heart.

In the writing of my novel-in-progress, Angel Mountain, I find that I have too many stories to tell. The files containing what I don’t use are far fatter than the wee little file containing what I end up using. How does a writer abandon some of the ideas living in her brain?

Next to the challenge of creating tension comes the challenge of choosing. Some of the choosing already happened (see “Discerning”), and I now have backstories for my characters. Thus I am limited to these four biographies, which have some flexibility, but will have less flexibility as the scenes unfold. What areas of their lives, their hearts and souls, their loves and hates, define this plot and theme? What suffering will create tension, will cause pages to turn to reveal what-happens-next? My nature is nonconfrontational; maybe I shouldn’t be writing at all. This is the moment when I want to hide under the bed with my cat, Laddie, a timid tabby. 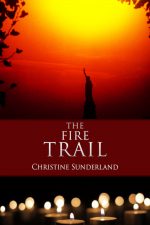 I peep into the thin file: Angel Mountain, Chapter One.

In my last novel, The Fire Trail (eLectio, 2016), I recall how I further defined and refined the plot points. Realizing I didn’t want to turn one of my existing characters into the catalyzing antagonist who would ignite and build tension, I created an antagonist that would raise the suspense and add further mystery. And so, in the first pages, my heroine comes across the scene of a murder on the Fire Trail running through the Berkeley hills. She sees the murderer and he sees her. Her ability to recognize and give witness propels the plot, and the lawlessness of the antagonist further reflects the novel’s theme, society’s collapse.

In Angel Mountain, my antagonist might be someone from the media world. Perhaps he sees opposing views as hate speech. He desires thought-police to ensure safe spaces. In the name of equality, he demands that we think and speak alike. He hates freedom and longs to impose uniformity through tyranny. He sees himself as noble, but as a pseudo-intellectual and postmodernist he embraces Marxism, the philosophy that produced the graveyards of Communism, killing over one hundred million. He is a poor student of history and believes the lie that enforced sameness produces peace.

My antagonist sees himself as good and desiring good. He understands we are in a war of ideas and he believes if he shuts down uncomfortable or challenging ones, the war will cease. He turns a blind eye to violence in the name of his own creed.

My antagonist supports Antifa and other anarchic protests on university campuses, calling those who desire free speech Fascists, when historically it was the Fascists who embraced his own views. As an atheist, he seeks to remove theists from public squares, especially on universities. He sees (truly) that education – grade school through college – is the cradle of the future, and would impose his vision in the classroom first. As an idealist, he crusades, burning books that contradict or question those ideals. He is today’s zealot, willing to kill and be killed for his cause.

And so I brainstorm with myself and with you, dear reader, if you are still here, as I seek to define this antagonism that propels my plot.

Defining the threat, and those who embody the threat, is crucial both to life and to fiction. Such defining, such freedom, is not for the faint of heart. Opposing ideas, respectfully engaged, must be encouraged in a free society. So too, novelists must be free to engage in the debate, to espouse counter-cultural ideas. Publishers and other media are responsible for supporting such debate, so that the Christian novelist is unafraid to enter the public square. 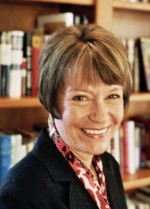