By Kim A. Gilliland

I have often heard or read in writing courses over the years — write about what you know. I have also heard and read how absurd that notion is. I wonder, which is correct? Perhaps it’s both.

I love to write about murder, but I have never murdered anyone. My protagonist owns her own pet store, but I don’t. Do those characteristics make it impossible for me to write a convincing storyline? I don’t believe it does.

I decided to see what the dictionary says about the word “know”.  As a verb it has many meanings: to perceive or understand as fact or truth, to be aware of, to understand from experience, to have fixed in the mind or memory, and lastly, the fact or state of knowing i.e. knowledge.

Goodness gracious, I may never have murdered anyone, but I am acutely aware of such things because of the news and television programs about this type of heinous crime.  I may not own a pet store, but I have pets, so I have shopped in numerous ones over the years. That is understanding from experience.

I don’t believe we should belittle the concept of write what you know. Kazuo Ishiguro, a Nobel Prize-winning British novelist once said, “Write about what you know is the most stupid thing I’ve heard. It’s the reverse of firing the imagination and potential of writers.”  But he also was quoted as saying, “Memory is quite central for me. Part of it is that I like the actual texture of writing through memory.”  These seem to be diametrically opposed opinions. If you write through memory then you are writing by knowing.

I believe we must be careful in how we perceive this tenet, though. If you are eighteen you may be plagued by believing you haven’t lived enough life, know enough, to make a story plausible or compelling and then you end up with either writers block or a dull autobiography. Let’s face it, life does hand out a lot of events and adventures between the ages of eighteen and ninety-eight, Lord willing. However, we are all born with imaginations and emotions from day one, which allow us to view even the smallest detail in a greater light. You may be a person who has never traveled out of the state in which you were born, or never flown to an exotic location like Bali, or ridden on the Orient express, but that does not hinder the mind from wanting to know about those experiences. You probably have never met an alien, but you can certainly imagine what it would be like. All I would need to do is think of the strangest person I’ve ever been introduced to and catapult those details into outer-space, so to speak. With the magic of the internet and things like Google Earth our creativity can be limitless. So I say, take whatever experiences you have, few or many, and let your imagination soar to great heights. In the end, perhaps you need not so much write about what you know as what you DARE to know.

Write about what you DARE to know. Thoughts from Kim Gilliland #ACFWBlogs #writing #pubtips Click To Tweet 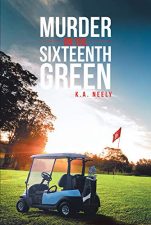 I adore cozy mysteries, reading them and writing them. I always feel compelled to put words on paper, but it’s meaningless unless I can share them with others. In that vein, I pray those who read my mysteries will be entertained by them and want to read more. Visit me at   www.pawsforlovemystery.com