In a world where indie and traditional authors are scraping for every bit of shelf space and reader attention, we have to up our game.

One of the best ways is to craft a dynamite first line.

But it’s hard to craft a first line. Many of us settle for “good enough.” But here’s the power of a first line:

First lines are evoking, intriguing and usually, from an internal perspective. They convey what’s going on inside the protagonist, not what’s going on around him or what he’s physically doing.

Take a look at these questions you can ask yourself:

Once you’ve asked yourself these things, don’t stop! Don’t write what you see.  MOVE deeper into her heart and tell the reader what’s going on inside.

“Ivey Madison would do just about anything to stay in the secluded, beautiful, innocent town of Deep Haven. Even if she had to buy a man.”  Susan May Warren, “Take A Chance On Me.”

Use the 5 senses to set the stage:

“A good story begins in the middle, retrieves the past and continues to the end.” Dwight Swain, author of “Techniques of the Selling Writer.”

Drop into the first scene “already in progress.” Interrupt the action. What is the character thinking or feeling? Write that!

Work the first line until you hit what I call the “ping” or “a-ha” moment.

“Marley was dead: to begin with.” Charles Dickens, “A Christmas Carol.”

Why’s he dead? Where are we going? What’s the beginning? Death is usually the end.

Consider the Story Question or Theme to build that opening statement. What is the lesson my character will learn? What universal truth will be conveyed?

Open with a declarative statement. “I was born in the year 1632 in the city of your, a good family, though not of the country, my father being a foreigner of Bremen, who settled first at Hull.” Daniel Defoe, “Robinson Crusoe.”

“On days like this—when the sunlit snowflakes fell like tiny, glistening jewels and a crisp quiet brushed through the cold—Amelia Bentley could almost believe she’d never led another life.” Melissa Tagg, “Like Never Before.”

Open with a problem. “This time she was going to die, of that she was certain.” Kathryn Hughes, “The Letter.”

Open with metaphor or symbolism. “In the night, she could see clearly. But only if the stars did not shine.” RH example

Open with setting. “It was twilight and a brilliant red sun lazily made its hazy descent off the South Carolina coast.” Mary Alice Monroe, “The Beach House.”

Open with a theme. “Forgiveness never came was easy. Especially when the wound cut so deep.” RH example

Okay, you’re getting the idea. Here’s a few things to avoid.

From this: “Taylor Hanson parked her new BMW in the shade of her childhood home, pressed her head against the steering wheel, and whispered a prayer. “Lord, what have I done?”

To this: “It only took a hundred miles for her to realize she’d just made the biggest mistake of her life.”

Much better. Before we’re just watching her. But now we have a hint at her journey, her story question, her fear. She’s made a big mistake!

I hope this has been helpful. Don’t just toss out a first line and let it go, craft it, think about it, tie it into the rest of your story theme or protagonist desires. 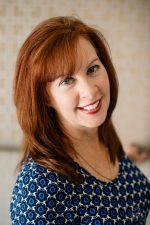 Rachel Hauck is a New York Times, USA Today bestselling author and a member of ACFW’s Executive Board. Visit her at www.rachelhauck.com