*disclaimer – this post may or may not include the word poop. You have been warned.

If you’ve been to Bible College or Seminary, or even if you are just an avid studier of the Bible, you may have heard of the Concentric Circles of Context.

And not just in studying the Word.

It’s extremely important in our writing as well. 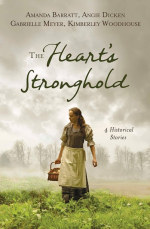 The reader understanding context is very important for how we as authors paint a scene on the page. We don’t want to tell. We want to resist the urge to explain. We want to avoid information dumps. We want to capture the scene without too much description.

But then, we also have to be very careful that we’ve given the reader enough so that they have context.

For instance, let me tell you a story of a real-life experience where I didn’t have enough context.

I’m a pastor’s wife and I was visiting with several people in the fellowship hall before church one morning.

A dear octogenarian approached me with a very serious expression on her face. “Are you blocked?”

I raised my eyebrows and smiled. “No. I don’t have a problem with writer’s block.”

“But are you backed up?”

“Oh, definitely. A lot.” I was quite emphatic on that point.

Now. Let’s just stop right there in our little look at this story. In my mind, the sweet woman’s questions had to do with writing. Because that’s what I do full-time, right? She was an avid reader of my books, so why wouldn’t she be talking about writing? I didn’t struggle with writer’s block. And I made sure I backed all of my documents up in multiple areas.

But what I didn’t know was that she and her group of prayer partners had been praying for me. You see, a couple months prior, my doctor discovered I was severely iron deficient. She couldn’t figure out the cause, so I was taking nine iron pills a day. N-i-n-e.

So this sweet lady wasn’t asking if I was blocked in my writing. No. She was <ahem> asking about a different “blocked” entirely.

Let’s rewind and look at this conversation in light of what you now know:

A dear octogenarian approached me with a very serious expression on her face. “Are you blocked?”

I raised my eyebrows and smiled. “No. I don’t have a problem with writer’s block.”

“But are you backed up?”

“Oh, definitely. A lot.” I was quite emphatic on that point.

I will spare you the details, but let’s just say after my last response that I became surrounded by a group of ladies that were then all very concerned about me. After their discussion turned to different bathroom remedies, I was wide-eyed and horrified now that I knew the context. And gracious, I did try to steer the discussion in the right direction, but all my attempts to let them know that I wasn’t ‘backed up’—in the way they were thinking—failed miserably.

So there I was, trying to figure out how things had gone south so quickly. I was a word person, after all. But apparently, that hadn’t helped me. Because we were in different contexts. I stood there in the fellowship hall. The pastor’s wife. With a healthy discussion of poop gaining popularity and volume.

The point of this little story? Avoid the embarrassment and frustration. Context is key. Give your reader plenty of it.

Until next time, enjoy the journey! 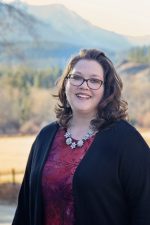 Carol-Award winning Kimberley Woodhouse is a CBA and ECPA best-selling and multi-award-winning author of more than twenty books which have earned her many accolades including Christian Retailing’s Top Pick and Publisher’s Weekly starred reviews. A lover of history and research, she often gets sucked into the past and then her husband has to lure her out with chocolate. Connect with Kimberley: https://kimberleywoodhouse.com