When I signed up to write this Christmas blog post, I had dozens of ideas on what I would write about. I knew, somehow, the star of my post would be my seasonal mystery Plundered Christmas. It still will be, just not in any of the directions I had originally considered. For instance, I had notes about traditions and celebrations outside of the norm and how to weave them in naturally.

Why the sudden change of focus? You see, a couple of months ago, my mother died. Though death is inevitable to all of us, it still rocks your world when someone in your immediate family passes away. And since she loved Christmas, hosted multitudes of family and friend get-togethers, made Advent gift bags for all her grandkids, wrote annual Christmas letters and much more, her absence is vivid.

Everyone has experienced that kind of a void at Christmas. Whether it be from death, separation or simply unfulfilled dreams and expectations, our Christmases rarely meet up to the picture-perfect fantasy of television movies and advertising. In order to make the tales we write include real and heartfelt Christmases, we need to incorporate the bittersweet.

So how do we do that? 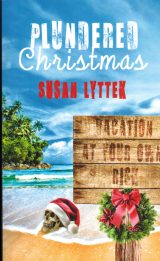 First of all, we don’t grant every wish our characters have. That’s good writing throughout the year. It’s just the Christmas themes often tempt us to act as Santa Claus and give them everything they want. In Plundered, Jeanine wanted to stay home and have a traditional Christmas. If I had let her do that, there would have been no story. Or at best, a very boring story. She needed to be moved out of her comfort zone so that she could get to know her father’s fiancée. She also needed to be moved so that she didn’t have her usual support of friends and community. Not only did that intensify the family connections, but it made her reach out to God and strangers in natural ways.

Next, we give them a history of other not-so-nice Christmases. Both Robert Jensen (Jeanine’s dad) and his intended Margo Banet lost a spouse and went through grieving Christmases. In comments about the past and even in hopes for the future, their words often allude to the sadness they experienced. In the historical mystery, though Anne reconciled with her husband, the guilt of her earlier life and decisions that she made not only color her days, but doom her family tree to secrecy and legends that Anne would have preferred to avoid.

Lastly, we include the original story. As Christian authors, our Christmas stories should include a sizable helping of the birth and arrival of the Lord as portrayed in the Gospels. When we delve into the reality of the first Christmas and imagine ourselves there with Mary and Joseph, we can see how painful and uncomfortable it was. Even if the timing was not winter, it was still probably cold. The fact that the baby Jesus was wrapped hints at that. Rather than an inn, they stayed out with the animals, likely at least partially exposed to the elements. They had no furniture to rest on—only a stone or earthen floor. Can you imagine? In Plundered, Robert reads the account from Luke—with help and questions from his grandkids. And when the power goes out, they feel the reality of that first Christmas a little more dearly.

So when you write your next Christmas story, don’t forget to include that touch of sorrow. It will make the joys all the sweeter!

Tweet: Add the bittersweet to your Christmas tales and the reader will empathize. 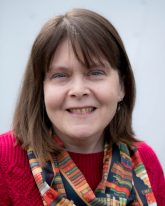 Susan A. J. Lyttek, author of four novels, (fifth due out June 2019 and sixth January 2020!) award-winning writer, blogger, wife and mother to two homeschool graduates, writes in time snippets and in colorful notebooks. She also enjoys training up the next generation of writers by coaching 5th to 12th grade homeschool students at her local co-op.