Hebrews 11:1 is called the faith chapter in the Bible. The New International Version (NIV) states that “faith is being sure of what we hope for and certain of what we do not see.” The passages following that first verse go on to expound on people in the Bible who exercised their faith in God.

And the list goes on: By faith Isaac, Jacob, Joseph, Moses, the people, and the prostitute Rahab.

The Message Version of this opening verse reads like this: “The fundamental fact of existence is that this trust in God, this faith is the firm foundation under everything that makes life worth living. It’s our handle on what we can’t see.”

Look at the New American Standard version. “Now faith is the assurance of things hoped for, the conviction of things not seen.”

Why expound on faith?

Faith is what drives us to pursue God’s plan for writing, and writing is another avenue of witnessing. It’s our faith in God’s ability to use us regardless of other people’s opinions or how we see ourselves. We know the call God placed on us. Therefore, we have responsibilities, and we must take heed and fulfill them to succeed.

“Faith by itself, if it is not accompanied by action, is dead.” James 2:14

So, what do we do? We obey the Scripture.

Imagine our names among those listed in the Bible—by faith Loretta or by faith Dana or by faith Roger trusted God. They studied writing 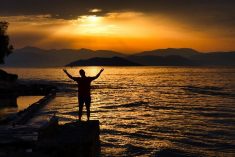 techniques, character building, story arcs, plots, and deep POV. They attended writers conferences and learned more about writing. They heeded correction and made adjustments. They didn’t give up when rejections turned them away. They kept the faith and pressed forward even when they couldn’t see what the future held.

Wouldn’t it be amazing to have such a description follow our names into the publishing world? To be known as trustworthy and dedicated not only to our readers, but to our agents, editors, and publishers as well? To be known as team players in a world of uncertainties? To be known as encouragers and mentors and that we loved God and lived—by faith. 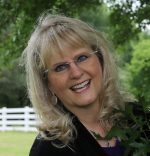