As a corporate trainer for an insurance company, I wrote the curriculum and trained new hires to ensure they used correct procedures. But my degree was in education, not computer programming. How could I teach them when I needed someone to teach me?

The answer? A subject-matter expert, or SME (pronounced “smee,” like Captain Hook’s bo’sun in Peter Pan). Whether it was an IT specialist or the supervisor in a phone bank, I needed someone with knowledge and experience to help.

Fiction writers need SMEs too. Details keep readers in your story, so how do you find the answers you need?

Preparing for the Interview

Most SMEs are busy professionals. It’s not fair to ask them to explain every little thing, so I create my characters and plot out the story first. As I write, I list my questions in another document. But I’m still not ready for a SME. Instead, I look for resources in my family members or friends.

In my current manuscript, my heroine is an injured firefighter who must learn to be a beekeeper. Since my husband has been both, he was my go-to guy. But even though he supplied the sights, sounds and even emotions he experienced while fighting a fire, it’d been a while since he’d put on his turnout gear. I needed up-to-date information.

It was SME time. I made an appointment with the public relations officer of the metropolitan fire department. But he was also a firefighter, if his department was “called out,” we might have to reschedule.

The day of the interview, no one greeted me in the waiting area. No big deal. I wandered around the museum until someone came out to tell me that everyone had gone to a fire.

The good news was that the cook was willing to be my contact. I was happy to meet him, but he seemed nervous. As I shook his hand, I asked if I could record the conversation. He declined.

This wasn’t going the way I imagined.

We started the firehouse tour and I asked my questions. His answers were short and evasive. Finally he asked if I was a reporter. There’d been an uncomplimentary article recently and he thought I was writing a follow-up.

I put away my questions then and asked him to tell me about himself. He told me how he became a cook after he injured his knees on-the-job. I told him my main character was also an injured firefighter. That’s when he finally relaxed and volunteered information he thought would help. By the end of the interview, he was cracking jokes.

Afterwards, I recorded the stories, the sounds and even the smells. (Who knew that old smoke smelled like dirty tennis shoes?) Back at home, I wrote thank-you notes to the cook and his supervisor. I wanted both men to know how much I appreciated his help. I’d learned so much. 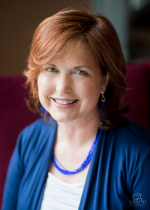 A finalist in several contests, Angela Arndt writes women’s fiction with a thread of romance. She loves telling stories of strong, independent women in difficult situations set in small Southern towns. She and her husband live in the middle of a big wood with three dogs and thousands of honeybees.