“I’m drawing a blank,” said the caption beneath the girl’s empty cartoon frame. She smiled up at me. “Funny, huh?” 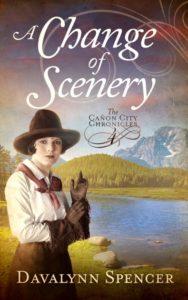 I had to admit it was funny, but a cop-out, too.

“The assignment is to draw a cartoon: single frame with caption below, or four-frame strip with bubbled dialogue inside.”

What a great class, I thought as I strolled through the seventh-graders, reading over their shoulders, encouraging their creativity. As a substitute teacher I’d seen just about everything, including a girl launching a calculator across the room at her ex-boyfriend. He ducked with perfect timing and it shattered on the linoleum. It was the teacher’s calculator.

So comics were cake, as far as I was concerned. And a viable means of communication as well. Had I not for years turned first to the political cartoon in the daily newspaper? And what about my collection of B.C. comic strips from way back in the Dark Ages? A lot can be said with stick figures and a witty

A group of boys at one table came up with the idea of cereal killers and they snickered over murderous spoons and poisonous milk. They loved the play on words, or homophones as those in pedagogic circles call them, but one bemoaned the pun as too obvious.

“Someone else has probably already thought of it,” he said.

Yes, I told him. There are very few truly unique ideas. Most of what we cook up has already been served by someone else.

“There are a lot of ideas, but not everyone acts on them,” I said. “Do something about it. Be different.”

I once heard a literary agent tell a group of aspiring writers that ideas were a dime a dozen. (The worn cliché surprised and disappointed me, but then again, we are all susceptible on the spur of the moment.)

“Write the book,” she said. “Don’t just send me a paragraph with a great idea; write the book.”

In other words, act on it. Follow through. Be different. And so I continue to pound away at my keyboard when I’m not teaching, wrapping bone and sinew and muscle around my ideas to make them into some thing, some thing that is more than just some idea.

What ideas do you have yet to act upon? Move on them. Take action! Follow through and create as others before you have—those to whom we owe buckets of gratitude. Consider the zipper. Microwave. Sticky notes. Toilet paper. All ideas that someone—probably many someones—had, that some one acted upon.

In the words of one of those seventh-grade, commercial-savvy cartoonists, “What’s in your head?” 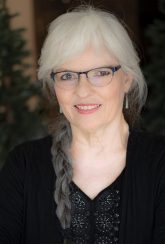 Bestselling author and Will Rogers Gold Medallion winner for Inspirational Western Fiction, Davalynn Spencer is the wife and mother of professional rodeo bullfighters and can’t stop #lovingthecowboy. When she’s not writing Western romance, she teaches writing workshops and wrangles feline mouse detectors Annie and Oakley. Connect with her at www.davalynnspencer.com.