Romans 12:2 says, “Do not be conformed to this world, but be transformed by the renewal of your mind, that by testing you may discern what is the will of God, what is good and acceptable and perfect.”

This verse says a lot about our character as people. It should also be the basis for your fictional characters. When our characters transform during the course of our story, we have achieved one of the goals of our story.

What about character stereotypes? Should we include them in our story? What if, as part of our story, we want to change a villain into a hero? We’ve had enough of ‘good’ people going bad. By our stereotyping of people or characters, we’re saying, in essence—this particular character, based on his or her actions, can’t or won’t change. 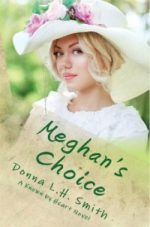 For my second novel, I’ve attempted to make the guy who did something bad, to the guy who ends up with the girl.

I ask this question: If a villain or a rascal cannot be changed, how is it that real-life people are changed? How is it that we, as writers and storytellers, wish to condemn a certain type of character to be beyond the reach of salvation? I can think of a bunch of “villains” in real life, who changed into saints. Nicky Cruz is one. I always say, “If God could save Nicky Cruz, he can save anyone!” Nicky had the hardest of hearts, yet God transformed him by using a skinny Pennsylvania preacher by the name of David Wilkerson.

There are many others you could name. I decided to do that for a main character in my novels. I’ve been told by some of I shouldn’t attempt it. That it wouldn’t be believable. That once a character has made their fatal mistake, they are not redeemable. I’ve only seen one other author in my genre make the attempt. And she got some poor reviews. But I applauded her for it.

Yes, we portray good v. evil, and we must show consequences to bad behavior and poor choices. And I believe we do.

What do you think? Do you stereotype your characters? Because even a villain must be believable. I’ve been taught to give a villain a human quality. Something to show they are not totally evil.

The guy I changed, I showed that change from his regret and remorse at the stupid thing he’d done. From there, I began to show why he had been that way. It all starts with your character backstory.

So, do you believe in character transformation? What about Joseph’s brothers? They were aghast at the grace and forgiveness their brother showed them.

It’s the series of events and the choices made that provide character transformation. @donnalhsmith #ACFWBlogs #writing #christianfiction #fictioncharacters www.acfw.com/blog Click To Tweet 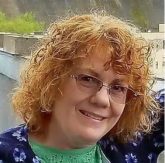 Donna L.H. Smith is a Kansas prairie girl transplanted to Lancaster County, PA. She holds both B.S. and M.A. in Mass Communication. Her novel, Meghan’s Choice, made the finals of both the Selah and Will Rogers Medallion Awards. She is Managing Editor of www.almostanauthor.com, and ACFW Mid-Atlantic Zone Director.