Rejection. As writers, we all receive it. We all expect it. It’s never pleasant. However, it doesn’t have to be a bad thing.

I was positive they would accept my second novel. It was a sequel. The publisher wanted it. I had worked my heart out. Rejection came out of nowhere.

The editor couched her refusal in positive terms. She loved my story, my characters, and my writing, but the story was wrong for her imprint. To say I was stunned is to put it mildly. Then, I received a bigger surprise. They wanted it rewritten in a different genre. 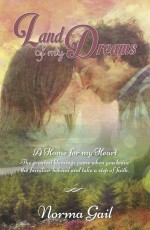 How does one react to something like that? I shed a few tears, but the editor’s words were so encouraging. She offered help. Since I was at a writer’s conference, people understood, though it is never easy telling anyone you have been rejected. However, I received wise advice from editors, authors, and dear friends who prayed for me.

How do you rewrite a book you’ve worked on for 2 ½ years in another genre? Not one for writer’s block, I stared at the computer screen trying to decide where to begin. What could I keep? What had to go? How did I rework the plot? What darlings had to be killed—words, scenes, and characters? I was overwhelmed to say the least.

First, I took stock of all the advice I received and the insight the Lord gave me during a few days alone. My writing ability wasn’t in question. I had a clear opportunity to make it better. God’s purpose for this story was just different from what I first thought. The 2 ½ years of my time and money spent on editing wasn’t wasted. I learned a lot about my craft.  I did some things well. I still had things to learn. I could do this. I would do this.

I reread, marked up, crossed out, and cried a few more tears. Four and a half months into the process, the story is much better than my first. I know I can accomplish the task. My plot is stronger. My writing is better. I’m excited. I am blessed.

Rejection can destroy or create determination. I choose the later. Decide to accept rejection as an opportunity to grow and improve. Twist rejection into opportunity and move on. 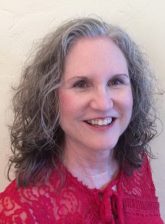 Norma Gail’s contemporary Christian romance, Land of My Dreams, set in Scotland and her home state of New Mexico, won of the 2016 Bookvana Religious Fiction Award. A Bible study leader for over 21 years, you can connect through her blog, or on Facebook, Twitter, Pinterest, Instagram, Goodreads, or Amazon.