MEMBERSHIP
CONFERENCE
CONTESTS
CHAPTERS
STORYFEST
Home Blog A Place Where Magic Happens
Anticipation of the annual American Christian Fiction Writers conference begins for me around January. I could name a host of reasons why I go to the ACFW conference, but many have already been mentioned by other bloggers. Here are just a few of mine:

* It’s encouraging to be surrounded by people who don’t look at me oddly when I talk about my characters like they are real live people.
* When I volunteer to help out, it gives me an opportunity to give back to the organization that has done so much for me.
* The classes and workshops are occasions to celebrate what we do as authors and fill our energy tanks.

But one of my favorite parts of the ACFW conferences has always been the awarding of the first-time contract by Barbour Publishing. The expression of utter joy on the author’s face and squeals from the critique partners make me want to do the happy Snoopy dance right along with them. I think as members of ACFW, whether published or not, we can relate to that exquisite kind of thrill after years of working and waiting. The anticipation of the dream coming true is what drives us to persevere.

Four months before the Denver conference in 2009, my finger hovered over the mouse and I clicked “Send”, winging my proposal off to my agent who in turn would send it to JoAnne Simmons at Heartsong Presents. Six weeks later, I received a phone call from my agent, Tamela Murray. We chatted briefly and then she said, “Someone was asking me if you were planning on going to the ACFW conference this year.” I told her I was and we talked for a few more minutes. After we hung up, I thought, Who would be asking Tamela if I was going to the conference? The question drove me nuts for about three days, and then I just forgot about it.

At the opening session of the 2009 conference, I sat with my critique partners as Brandilyn’s traditional “Helloooo ACFW!!” rang out over the auditorium to kick off the proceedings. Just before the session closed, Becky Germany and JoAnne Simmons of Barbour Publishing took the stage. I twisted in my chair and said to my crit partners, “I just love it when they do this.” Becky announced the name of the first time contract for a novella, and we all cheered for Rachael Phillips.

JoAnne took the microphone and made a couple of comments about the manuscript she was about to contract. I couldn’t wait to see that joy on the face of the recipient.
Then JoAnne announced the title of the book she was contracting: LEAVE ME NEVER. My first reaction was, “Oh man! Now I’m going to have to think of a new title!” –because someone else was obviously using my title. I didn’t hear JoAnne announce my name because my crit partners were all screaming. So my second thought was, “Why are they screaming?” It was like a delayed reaction in comedic slow motion. I sat there dumbfounded with my mouth hanging open. Kim Sawyer pushed me from my chair and said, “Connie, it’s YOU.”

Some unseen force carried me to the stage where JoAnne placed an envelope in my trembling hands. I think I said something stupid like, “I need to go call my husband!” But whatever I said, it must have been at least halfway appropriate because JoAnne and Becky were both smiling.

At the time it didn’t occur to me to thank Barbour, or ACFW, or my agent, or my crit partners, although I do remember “Thank You, Jesus” running through my head as I found my way back to my seat amid more hugs and tears, more squeals and congratulations. I did call my husband and woke him up, but with everyone’s excited screams, he couldn’t understand what I was saying, so I held the phone out to my crit partners and they all chorused, “Connie got a contract!!” Poor guy still didn’t know what was going on.

Later that evening and in the days to follow, reality began to seep in. Understanding of how vital ACFW’s influence was in my writing journey began to flood my awareness. Gratitude filled me as I thought of the way my agent and crit partners (whom I met through ACFW) pushed me to improve my writing and refused to let me give up. God used the Barbour editors to make my dream come true.

The morning of the third day of the conference, we were singing “While I’m Waiting” in the praise and worship session. It occurred to me that somewhere in that room of 500+ people there was a person who felt the same way I had the year before. “Is this truly God’s will? Am I supposed to be pursuing publication, or am I just following my own agenda? Will my time ever come?” That person’s “time” was next year, but he/she didn’t know it yet, so I started praying for that unknown person.

My prayer continued the next day, and the day after that, and after I went home. I discovered praying for this person whose name I did not know was a sweet privilege. For an entire year, I prayed for the recipients of “next year’s contracts” without knowing their identity. At the opening session of the 2010 conference, I cried when one of those contracts went to my dear friend, Rose McCauley. When I told her I’d been praying for her for an entire year without knowing it was her, she pounced on the idea. Rose has been praying for the recipients of the 2011 contracts since last year’s conference. 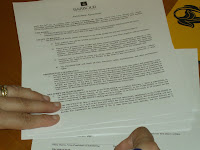 Whether our prayer is one of anticipation or gratitude, or even a petition for an unknown person, communication with our heavenly Father is the GPS that guides us on this crazy journey we refer to as publishing. Right now, there is an ACFW member who has clicked “Send” and is wondering, “When will happen for me?” Maybe this year is their time.

I’m counting the days till the 2011 conference. I’m asking God to let me learn and grow as a writer, and to give me the opportunity to serve in some way. I pray He places someone in my path to whom I can be an encouragement. What a privilege it is to play a small part in this organization that has been so instrumental in my writing journey.

Learn more about Connie Stevens and her books here.