My youngest daughter plays volleyball. Well, she doesn’t just “play” volleyball – she competes year-round, first on her high school varsity team, and then on a club volleyball team. This girl is all about volleyball – kind of like writers are all about writing.

After watching dozens of high school games this fall, I realized volleyball players could teach writers a few things. 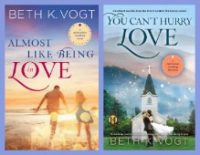 1. Sometimes the most important skill is perseverance. There are times my daughter comes home from practice, collapses on the couch, and announces, “We conditioned tonight.” This means the coach focused on drills that help the team build endurance. Varsity matches are the best three out of five sets – and some matches go to five sets. Three-time Olympic gold medalist beach volleyball player Misty May-Treanor said, “I would like to instill in people just to work hard. As long as they keep at it, their dreams will happen.” If you’ve pursued writing for six months or more, if you’ve attended even one writers conference, someone told you this writing gig doesn’t come easily or quickly. Success comes to those who endure.

2. Sometimes life is not fair. During the past season, my daughter’s team dealt with bad calls by officials – and sometimes those lousy calls meant they lost a set. Truth is, every kind of sports team deals with bad calls. Watching my daughter’s team deal with poor calls from refs and line judges reminded me that I’m going to face unfairness in the writing life, too. Maybe a reviewer’s or contest judge’s assessment is unreasonably harsh. Maybe another writing professional is unkind. (It happens.) Life is hard. Disappointing. Unfair. We don’t always get the “win” we want: a contract or a yes from a certain agent. But just like an athlete has to display good sportsmanship no matter what, we need to be writing professionals no matter what, which means being careful how we conduct ourselves both in person and online.

3. Pursuing dreams always costs something. Yes, there is a financial investment involved with my daughter playing volleyball. (And yes, pursuing writing as more than a hobby costs money, too.) But my daughter physically hurts after both practices and games. Her shoulder aches. Sometimes it’s her hip. Sometimes it’s her back. She’s gotten used to ice baths, heating pads, and seeing a physical therapist. But the physical demands are part of being a volleyball player, not reasons to quit. She’s learning how to protect her body to avoid injury rather than walk away from what she loves – she’s in this for the long haul. In the same way, we writers must realize there’s a cost to this writing dream. Saying yes to pursuing publication means we say no to other things. It means deadlines. It means accepting constructive feedback. It means overcoming rejection. It means starting over again when we run hit a dead end.

What lessons have you learned from sports that apply to writing?

Beth K. Vogt believes God’s best often waits behind the doors marked “Never.” A 2016 Christy Award winner and 2016 Carol Award winner, Beth’s destination wedding series continued this year with an e-novella, You Can’t Hurry Love (May) and a novel, Almost Like Being in Love (June). Visit Beth at bethvogt.com.