I love GPS. When I grew up in Southern California, everything was laid out in a grid; streets ran north and south or east and west. There would be an odd diagonal street, too. If you missed your turn, you simply went around the block and came at it again.

Not so when I moved to Georgia; all the street here were derived from cow paths or river crossings. Did you know there are a 71 Peachtree Streets in Atlanta? And none of them are related. And a road will change names without any warning, especially if the name is the brother-in-law to the mayor.

I had a terrible time until GPS came along. Then when it did, there were still a lot of bad directions given. Looking for a medical building, I ended up at the origin of a cow path … smack in the middle of the meadow. 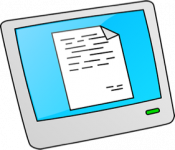 Our stories can take a sudden turn from the original plan, causing some recalculation to be necessary. I know. It happened to me last week. I was critiquing a chapter from my crit partner Michelle Griep, when it hit me how much she throws at her heroine. She’s downright mean! But it also made me take a hard look at my own WIP.

I’m a Planster and I had a plan. I mapped it out, had the plot ideas all laid out in a neat map of this novel’s journey. I had a lot coming at my heroine, and tension hanging over her head in every chapter. But I hadn’t done the worst thing that could happen to her. I consulted my list, looked at my plan, and saw what I threatened needed to happen.

So, I did it. I threw the worst thing at her … and it threw my entire plotline out the window.

My inner editor (GPS) screeched at me, “Recalculating!” And my story came to a stuttering halt as my novel GPS tried to recalculate. It’s a whole new direction. Don’t get me wrong; I like it. It’s good. And it’s making me sustain an emotional level while her life has to move forward.

I guess with each recalculation made, we grow. At least, I like to think so. Have you had to recalculate a story recently? What happened and how did you manage it? And did that evil woman in your GPS (inner editor) screech at you? 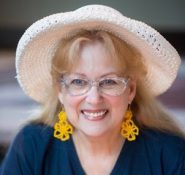 Ane Mulligan writes Southern-fried fiction served with a tall, sweet iced tea. She’s a multi-published novelist, and playwright, who believes chocolate and coffee are two of the four major food groups. Visit her on her website at www.anemulligan.com.