Long ago, while attending the US Air Force Academy and working as a summer survival instructor, I wandered away from a campsite looking for firewood. Our search took us deep into the unmarked woods of the Rocky Mountains’ front range, where the sun sets quickly. The light dimmed. The air grew colder. One of my students—we’ll call him Thompson—began to panic. “We’re lost!” 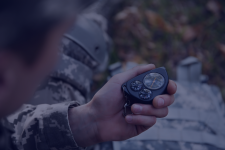 Thompson stood frozen with his armload of sticks. “Yes we are. What do we do?”

I saw this as a teaching moment. I had Thompson and the other student—we’ll call him Kowalski—orient a map and take a heading. They were off by several degrees, but not enough that I needed to intervene. We’d hit a recognizable path in five to ten minutes.

Kowalski took the firewood, and I put panicky Thompson out front. He stumbled through the woods with his compass at arm’s length like a blind man feeling his way with a cane. Five minutes became ten. Ten became twenty, then thirty. The dim light of evening turned to the dark of night. Worry gnawed at my brain. Were we farther off course than I’d guessed?

My co-instructor back at camp had a radio for emergencies. He had two, in fact, because I’d foolishly left mine on the portable charger in our tent. I couldn’t check in, and the colonel had made it clear that if he had to send out search parties looking for missing instructors and students after curfew, heads would roll. My hand went unconsciously to my neck.

Just then, we ran into the path. I’ve never seen anyone so overjoyed to see a stretch of organized dirt as Thompson. You’d have thought we’d been lost in the Yukon in the dead of winter. He threw his hands in the air and whirled in a circle. “We’re going to make it!”

“Yes, Thompson.” I glanced at Kowalski and hid my own great relief behind an eye-roll. “Yes, we are. Good work. Now get moving. Double-time . . . march!”

How liberating is a well-worn path in a dark wood? On the path, we can whirl around, jump for joy, and march at double-time without fear of losing our way. For a writer, structure is just as liberating. We are not slaves to the paths of structure. We are freed by them.

Certain story points, which I like to call beats, bind together every story ever told. Ask Joseph Campbell, author of The Hero with a Thousand Faces, and others who followed in his footsteps with surveys of mythology that transcend time and culture. These story beats are ingrained in the human psyche. There are multiple theories that explain why, but in my opinion, a loving Creator placed them within us to help us connect with His great story. Whatever your theory on their origins, the story beats are real, and creating a story without understanding them is akin to walking in a dark wood without a path. Like Thompson and his overconfident survival instructor, we do so at our peril.

Psalm 23 is the song of the Good Shepherd. “Thy rod and Thy staff, they comfort me.” With His rod, the Good Shepherd protects his sheep. With His staff, He guides them. The sheep is not a slave to the Shepherd, but freed to wander in His care without fear.

My analogy isn’t perfect, but you get the idea. As writers, we are not slaves to the path of story beats, but if we know the path well—every pebble and stump—we can wander at will to climb a tree or explore a ravine. Even out in the deep woods, when darkness falls and panic sets in, the path is there, waiting to guide us home.

How liberating is a well-worn path in a dark wood? @JamesRHannibal #ACFWBlogs #writing #amwriting Click To Tweet 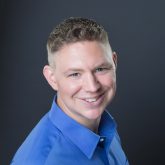