I cried when a news broadcast confirmed the death of Osama Bin Laden.

The tears came from some place deep within me, perhaps some dark and dry cavern of my heart I had not fully explored.  What was that place, that cavern, that feeling?

Avenged. Relief. A sense that justice had been served to those who lost their life during the attacks of 9/11, and to those now fighting abroad to protect our great nation—like my husband. Like those military men and women who gave their life to avenge and protect—they were our friends.

Yet it was more than feelings of being avenged, relieved, or that justice had been served. The news of Bin Laden’s death satisfied a plaguing question that I hadn’t known I was asking. 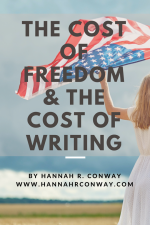 Was it worth it?

Military families such as ours were going through difficult times. We held down the home front and all its intricacies, while our spouse served and defended. We knew the difficulty, the danger. We knew what we were all risking.

Was it worth it—our sacrifice?

And the answer was yes.

I believe that’s the true reason I cried upon hearing the broadcast. Our family sacrificed alongside of others, and it was worth it. No, not because a mastermind terrorist died, but because freedom won, and continued to win, and in some way we got to be a part of that.

It was worth it—our sacrifice.

Freedom has a cost, and it’s worth being paid.

Freedom requires one to lay aside their life, hopes, and dreams for another. It implies a sense of vulnerability, and transparency. Those who stand up for freedom know this cost, and pay it anyway. They willingly lose themselves for the sake of others.

There is no greater love than a man who will lay down his life for another.

I’m struck by these thoughts today as we celebrate our Great Nation’s birthday. I’m also struck with the thoughts of how writing resembles freedom.

Oh we writers know that freeing feeling writing often brings. Freedom. It’s the best kind of therapy for sure.

Yet there’s a cost to writing.

To write is to set aside our self, to be vulnerable and transparent. Often these tasks prove difficult, and at times, even painful. We can all agree writing isn’t easy.

Is it worth the time, the risk of negative reviews, rejection, pre-book launch jitters (guilty), or any fear we may conjure?

Yes. And we know it.

Because freedom is always worth it, and our words as Christian writers are filled, no, dripping with truth that sets captives free.

That truth is Jesus. And with each word we write, we get to be a part in spreading His truth—the ultimate freedom.

That’s worth any sacrifice on our part.

I’m praying as I write this post. It’s now mere days until my third book launches, and I’m scared. Scared and busy. Scared I won’t finish everything that needs to be done. Busy planning posts, meals for the kids, celebrating birthday’s and our wedding anniversary, juggling laundry, and a quick vacation. Scared of what the reviewers will say when they get Advanced Reader copies.

So I’m taking a deep breath, and nodding, so very thankful I’m not in this alone. 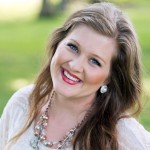 Hannah Conway is a military wife, mother of two, author, teacher, and speaker. Her novels are a deployment experience of their own, threaded with faith, and filled with twists and turns sure to thrill, and encourage. She and her family live in Tennessee. Visit Hannah at www.hannahrconway.com.