A couple of months ago, I came across an article about Lisa Wingate’s recent release, Before We Were Yours. You’ve probably heard about it—set simultaneously in 1939 Memphis and present day Aikens, South Carolina, it’s the fictionalized account of the notorious Tennessee Children’s Home Society which stole babies and adopted them out to wealthy families. I’m a Wingate fan, so I was eager to read the article, but as I read, my heart began to sink. 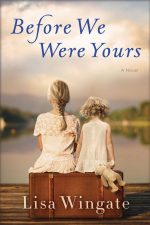 Set in both contemporary and historical time periods.

All three of those descriptors fit my newest title, Bringing Maggie Home, which was set to release in only a few more weeks. Yes, I had a little panic attack. What if people thought I stole her idea? After all, hers released first. Would people realize I’d turned in my manuscript a full year before I saw the article about Lisa’s book? Would they believe I hadn’t overheard her talking and decided to borrow her idea or had somehow sneaked into her brain by mental telepathy and harvested her creativity?

I took my concerns (honestly, it was more like my hysteria) to a group of trusted author friends, and their responses sprinkled welcome water on my fire of worry. Apparently this happens. A LOT. Two writers, completely unbeknownst to each other, grabbing hold of a similar idea and setting off into story world at the same time. 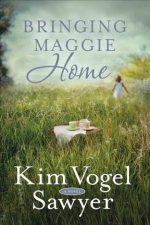 Lisa’s is written in first person, present tense; mine is third person, past tense.

Lisa’s is more relationship discovery, less mystery; mine is equal portions of both.

The biggest difference: Lisa’s has her trademark writing voice; mine has…well, mine.

You see, as my wonderfully comforting writer friends pointed out, writer voice will always set apart your story from someone else’s, even if the basis for the story is similar. Each writer brings to the story his/her own background and experiences, his/her own way of viewing the world, his/her unique way of stringing words together. Reviews have started coming in for Bringing Maggie Home, and a couple of them have mentioned that the story “reminded them” somewhat of Lisa’s story, but that it still stands out as its own unique telling.

Its own unique telling… That is music to a writer’s ears. After all, we write to share from our heart. Our tales wouldn’t be nearly as effective if we were borrowing someone else’s inspiration.

Mark Twain said it best: “There is no such thing as a new idea. It is impossible. We simply take a lot of old ideas and put them into a sort of mental kaleidoscope. We give them a turn and they make new and curious combinations. We keep on turning and making new combinations indefinitely; but they are the same old pieces of colored glass that have been in use through all the ages.”

So, writer, don’t despair if someone else seems to have landed on “your” idea. Keep turning the kaleidoscope. Something of beauty, something uniquely yours, will emerge.

God bless you muchly as you journey with Him! 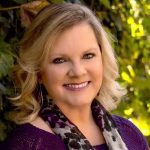 With more than 1.5 million copies of her books in print worldwide, Kim Vogel Sawyer enjoys a full-time writing and speaking ministry. Kim and her retired military husband, Don, live in small-town Kansas, the setting for many of her books. Learn more about Kim’s writing at www.KimVogelSawyer.com.