By Frank A. DiBianca

So, after years of writing, revising, professionally editing, finalizing, and submitting manuscripts to agents or publishers, your book has finally been published. But unless you’ve been published by one of the big houses, the lion’s share of selling your book is going to fall squarely in your lap. Now comes the big question. How do you promote and market it?

I’d like to share with you how my wife, Kay, and I answered that question working together on her debut mystery-romance novel, The Watch on the Fencepost, Crosslink, 2019. Our goal was to distribute the book through a traditional publisher and to prioritize book sales over personal income. But what we learned may be valuable regardless of one’s publication goals.

Kay used her author website at kaydibianca.com to build her subscriber base. She ran a 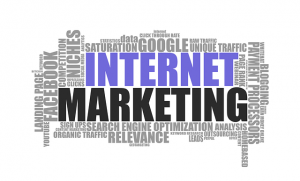 monthly blog series called The Craft of Writing where she interviewed well-known writing experts. This not only provided a valuable service to other writers, but also gave them a forum to interact with leaders in the field. We feel sure this exposure had a positive impact.

Our first effort at marketing was through a blog tour shortly after the book was released. It’s hard to map sales, but the tour brought in more than twenty reviews of the book. Fortunately, these were very good, and good reviews will definitely help sell a book.

The next major effort was to run Facebook ads. Although we used these ads for several months, we only saw modest sales activity. We’ve read that some authors have been wildly successful with Facebook ads, but that wasn’t our experience, even though Kay worked with a Facebook specialist and followed her advice. So, we paused the ads at the end of the third month.

We then went to featuring the book through various book promotion sites. In all, we used about twenty-five promo sites and ran a total of almost fifty promotions. Some were much more successful than others.  We were fortunate to land two BookBub Featured Deals, one for the international market and the other for the U.S. market. They accounted for the largest sales, by far, that we experienced. In addition, this promotion boosted the book to #1 status in the US, Canada and Australia on Amazon.com in Christian Mystery and Romance!

Other efforts at getting the word out were through Facebook Theme parties, which increased sales and increased newsletter subscriptions, and book signings. The book signings were satisfying because we had a chance to meet and talk with potential readers. Kay also included a video book trailer and a game for the audience to play, so the talks were always fun.

Because the book was traditionally published, we were not able to employ certain other promotions including Amazon ads and Kindle Unlimited.

The end result of our marketing efforts was sales of over six thousand copies. The largest block of those sales came through discounted ebooks via the BookBub promotion site. However, the results in the advertising cost per book sold varied widely (by a factor of about 50!), depending on the site. Paperback copies accounted for only about 5% of the total books sold.

Our advice to authors who are beginning the journey is to research the channels we’ve described here and any others that may interest you. What worked for us may not work for you, so you’ll have to do your own experimenting. It is essential to try several promo sites and keep a detailed running spreadsheet on the results, including time period, fees paid, books sold, income earned, and other important information.

We wish you all much success in your book marketing efforts.

Frank A. DiBianca is a fiction writer and retired university professor. He received a Ph.D. in high-energy physics from Carnegie-Mellon University and later worked in biomedical engineering. Frank lives in Memphis with his author-wife, Kay (The Watch on the Fencepost, CrossLink). He is completing his first novel, a romance.