Today is deadline day. Not for a book. There are no edits to sift through, no dialogue to tighten, no scenes to mourn as they are mercilessly wisely slashed. But I’ve got to get this blog post done today if I am to even dream of staying on schedule with everything else in my life, and for some reason, it has been nearly as painful as a round of edits. (I’m not a fan of editing. Just in case I wasn’t clear…)

I’ve been in marketing mode for a long time now, gearing up for release, and over the course of the past few months, I have written more blog posts than grocery lists. (Note to self: Must remember to buy bread. And eggs. And, you know, food in general.) But this one has been tough. Today I finally know why.

I haven’t been able to write it because I hadn’t yet experienced what I was supposed to write about. 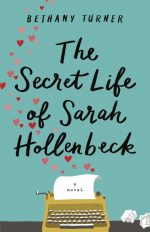 My journey to publication has not been a typical one, I’ll admit. The truth is, the Lord saw fit to get The Secret Life of Sarah Hollenbeck published with relative ease. I know that I have been blessed in ways that don’t make sense to me, for reasons I don’t understand. (Lest you think I’m writing some sort of braggity-brag thing, please stick it out. I promise you, this is not that.) I wrote a Christian romance, though at that point I had never read a Christian romance. (Yes…you read that correctly. Never.) And I got a book deal with Revell, though I didn’t have an agent at the time, and had basically no platform or web presence whatsoever. (True story: My mother had yet to accept my Facebook friend request.) I’d never been to a conference, and I hadn’t spent any time studying the craft. But apparently God wanted this story to be told, and for whatever reason, He chose the most clueless girl on the planet to tell it.

Today, as I write this, I’m reeling from receiving a rejection that I hadn’t seen coming. I think what is most unsettling is not that I was rejected, but that I hadn’t seen it coming. I used to prepare for rejection. Maybe to some of you that sounds pessimistic, but I’ve never seen it that way. I’ve always tried to have faith that the Lord was going to send me on the correct path, I’ve just tried not to anticipate which path that would be. I’ve always readied myself for “No,” but I’ve been prepared to leap when that still small voice whispers, “Yes.”

Today I expected a “Yes,” and that still small voice whispered, “No.” Actually, it was more of a shout.

But I forgot that He’s a fan of the Ephesians 3:20 method. For just a moment, I lost sight of the fact that Joseph was thrown into a pit, sold into slavery, falsely accused of rape, and seemingly destined to live out his life in prison…so that he could one day say to his brothers, “…it was not you who sent me here, but God.” (Genesis 45:8)

If things had gone the way I thought they were going to, if I had gotten the “yes” I was expecting, it would have been all too easy to say, “Look what I’ve done!” But now I’m energized, and my faith has received an injection of adrenaline, because I am once again heading down a path to…who knows where. I have no idea where I’m heading, but I know that someday I’ll get to look back and say, “God sent me here.” 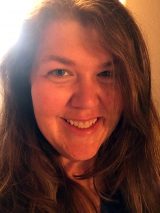 Bethany Turner is the author of the just-released novel, The Secret Life of Sarah Hollenbeck. She writes for a new generation of readers who crave fiction that tackles the thorny issues of life with humor and insight. Connect with her at www.seebethanywrite.com or www.facebook.com/seebethanywrite, and on Instagram and Twitter @seebethanywrite.